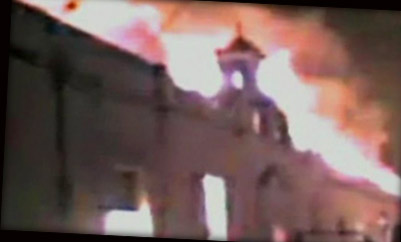 The Constitutional Chamber of the Supreme Court announced an investigation into the events that occurred at the prison in Comayagua last night.

The Supreme Court of Justice (CSJ) judges José Salgado and Ricardo Ordóñez were appointed to meet with the Minister of Security, Pompeyo Bonilla, and with the (now suspended) director of prisons, Danilo Orellana.

The Prosecutor’s Office for human rights instituted a team of prosecutors to begin inquiries into the Comayagua Prison Fire which killed at least 375 prisoners – according to preliminary data – and consumed 50 percent of the penal farm.

“This is a fairly complex research; there are several hypotheses,” said Germán Enamorado. Among the theories are that the fire started with a short circuit, or a prisoner set fire to a mattress.

The Prosecutor said that among the investigation, they will seek to confirm or rule out the story that despite the fire, prison officers fired upon inmates begging to be released from their cells.

“We have to confirm whether shots were fired, and whether they were aimed at inmates, or only for prevention,” said Enamorado.

The prosecutors will take statements from the prisoners who survived the fire, the families of prisoners, and prison authorities. Prosecutors in Comayagua will participate in forensic investigations, and inspect the cells where the more than 375 prisoners died. If they conclude that the deaths could have been avoided, the prison authorities could be charged with the offences of abuse of authority or violation of their official duties.