Tegucigalpa – The first official results of the primaries held in Honduras today show the electoral trend that would happen in the general elections of November, once the presidential candidates of the main political parties are defined. 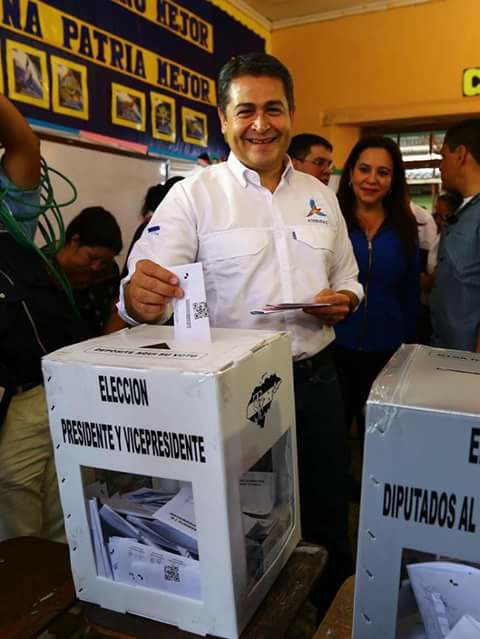 ‘The Honduran people have acted with civism,’

the president of the Supreme Electoral Tribunal (TSE), Erick Rodríguez remarked, presenting on Sunday the initial report of the vote, prolonged from 16:00 to 17:00 (local time) by the late opening of some schools.

In its report, the electoral body confirmed that President Juan Orlando Hernández could aspire to re-election, by beating Roberto Ramón Castillo, with 92.9 percent of 102 thousand votes counted in the National Party polls.

Meanwhile, the former First Lady Xiomara Castro will run for president again for the party Freedom and Refoundation (Libre), after another overwhelming triumph, with 94 percent of 45 thousand votes.

In the ranks of the Liberal Party, with about 67 thousand 338 votes counted, the academic Luis Zelaya surprisingly beat with 56.7 percent his main rival Gabriela Núñez, who obtained little more than 34 percent. 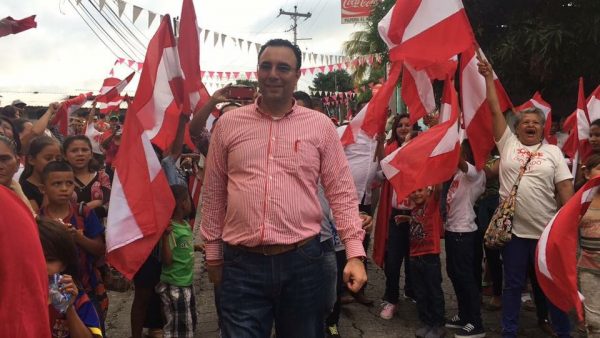 Although perhaps the most revealing fact is in the intention of vote that presented each of the presidential candidates, as well as their parties, before the general elections of November 26.

Preliminary figures showed that the National Party maintains its calling power intact, with 56 percent of voters, followed by the Liberal Party, which regained its role as the main opposition force, with a quarter of the votes against 19 percent of Libre Party.

One of the leaders of the nationalists in Tegucigalpa, Renán Inestroza, considered that ‘the low vote of the opposition parties only means that the Honduran people are not liking their strategies.’

Meanwhile, political analysts said the most striking thing was the wear and tear exhibited by Libre, the force coordinated by former President Manuel Zelaya, despite reinforcements that could be provided in November by his alliance with the parties Anticorruption (PAC) and National Innovation and Unity (Pinu).

As for the candidates, the scrutiny reinforced the current president, Juan Orlando Hernandez, with 53 percent of the votes despite the controversy unleashed by his decision to re-elect against what was stipulated in the country’s constitution.

In contrast, Xiomara Castro reached 20.27 percent and Luis Zelaya 14.02, and who would win the votes of the also liberal Gabriela Núñez, who obtained 8.55 percent, remains a mystery. In addition to the country’s presidency, some 5.8 million Hondurans will be able to vote in the electoral process this year to elect the occupants of almost three thousand public positions, including 128 deputies of the National Congress and 20 to the Central American Parliament, as well as 298 Municipalities.