This rapid pace makes Honduras the largest solar market in Latin America in 2015. Plants commissioned since the first of the year include one larger than 100 MW and another 61 MW. 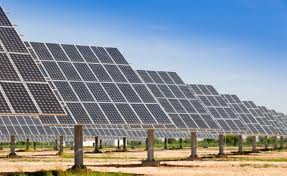 So far in 2015, solar PV projects with a capacity of 389 MW have come online in Honduras, according to a report by the nation’s National Electric Energy Company (ENEE). Solar is the fastest growing power source in the nation, with less than 1 MW connected in 2014.

ENEE reports that the capacity of installed solar has reached 455 MW. The rest of the mix is composed of fossil fuels, with a capacity of 920 MW, hydropower with 632 MW, 175 MW of wind, and 171 MW of biomass power.

These completed PV plants in Honduras are part of 620 MW of projects which are approved to begin operation by the end of next year. The biggest part of this capacity is located in the south of the nation, where there is better solar potential than in other regions.

Among those which have been built is one project larger than 100 MW in the department of Nacaome, built by Cohessa and Soposa. This also includes the 61 MW Aura Solar 2, which was developed by Mexico’s Guass Energía in the Choluteca Department.

Among those projects which will be built soon in Honduras is a 53 MW PV project which will be carried out by Norway’s Scatec Solar. This project is expected to be commissioned in the third quarter of next year.

The Honduran government introduced incentives for PV projects in 2013, including tax incentives. Following this, it approved a bonus for the first 300 MW of project which entered service before August 1, 2015. With this, these projects obtained a price around US$0.18 per kilowatt-hour.

While the annual power output of these projects is not yet known, assuming a 20% capacity factor the solar plants already completed will represent more than 10% of annual electricity generation. This is higher portion than any mid-sized to large nation in Europe or on Earth.

Honduras and Chile are the largest solar markets in Latin America in 2015. En Chile around 340 MW of PV projects were commissioned from January through October 2015.

Translation from Spanish and additional reporting by Christian Roselund (http://www.pv-magazine.com). The original article is available in Spanish on the pv magazine LatinoAmérica website.