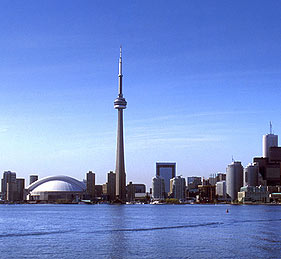 With the near unanimous support of its Congress, Honduras recently defined a new legal entity: la Región Especial de Desarrollo. A RED is an independent reform zone intended to offer jobs and safety to families who lack a good alternative; officials in the RED will be able to partner with foreign governments in critical areas such as policing, jurisprudence and transparency. By participating, Canada can lead an innovative approach to development assistance, an approach that tackles the primary roadblock to prosperity in the developing world: weak governance.

Many people from around the world would like access to the security and opportunity that Canadian governance makes possible. According to Gallup, the number of adults worldwide who would move permanently to Canada if given the chance is about 45 million. Although Canada can’t accommodate everyone who’d like to move here, it can help to bring stronger governance to many new places that could accept millions of new residents. The RED in Honduras is the place to start.

With half of its population in urban areas, Honduras is among the poorest and least urban countries in Latin America. About four million Hondurans now live in cities, a number the United Nations expects to more than double by 2050. The Honduran government sees this rapid urbanization as an opportunity for inclusive growth and reform.

Honduran congressional support for the RED reflects a clear understanding of the challenges the country faces. Inefficient rules are the major obstacle to peace, growth and development. These rules are difficult to change, especially in a society that suffers from fear and mistrust. Building a new city on an undeveloped site, free of vested interests, with trusted third parties, is one way to fast-track reforms that might otherwise take decades to achieve.

BY: PAUL ROMER AND OCTAVIO SANCHEZ