The month of August in Honduras is dedicated to the “No Migrante” program for the second consecutive year by the Ramón Rosa school in Tegucigalpa, as the government continues to make efforts to curb illegal migration of Honduran children to the United States.

The Government of the Republic, through the Ministry of Education, will support several activities to help youngsters understand the dangers children face when migrating illegally to the USA. Many passing through Mexico are recruited or kidnapped by the Zetas, others become victims of organ trafficking and other atrocities, and die. 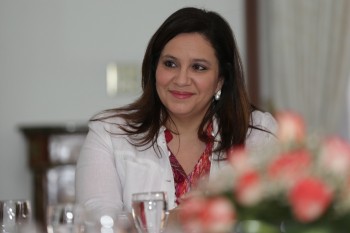 The First Lady of Honduras, Ana García Hernández, as part of the Task Force on Migrant Children (Fuerza de Tarea del Niño Migrante), which President Hernández formed earlier this year, traveled with a commission to the United States with a busy schedule that included visiting shelters and detention centers, border police, and a tour of the desert. Thursday, she will attend the “No Migrante” program at the Miguel Paz Barahona school in San Pedro Sula.

United States figures indicate that from October 1, 2012 to September 30, 2013, there were 24,493 minors without a parent, intercepted in the USA from Honduras, El Salvador, and Guatemala. Over the next eight months the number increased to over 47,000, a phenomenon that President Barack Obama described as a humanitarian crisis.

The Mexican states of Chiapas and Veracruz are where most Honduran minors who have traveled alone with the intention of reaching US soil were arrested as they crossed into Mexico. From January through July 2015, there were 6,495 unaccompanied minors returned to Honduras by land, mostly from various states in Mexico, and some, with their mothers, by air from the United States. 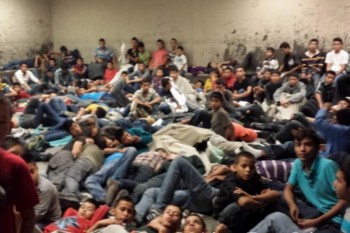 Official figures show that 433 children and adolescents from Honduras currently remain in a shelter in Tenosique, Tabasco in México, and are in the process of returning to the country in the coming days.

President Hernández has called the issue a “painful drama”, as thousands of children from Honduras, El Salvador, and Guatemala have gone to the United States looking for their parents, risking their lives on that route.