The Honduras’ government and the Colombian-Honduran consortium Autopistas del Atlantico S.A., or ADASA, have signed a concession for a road infrastructure project for the  northern region of the Country. 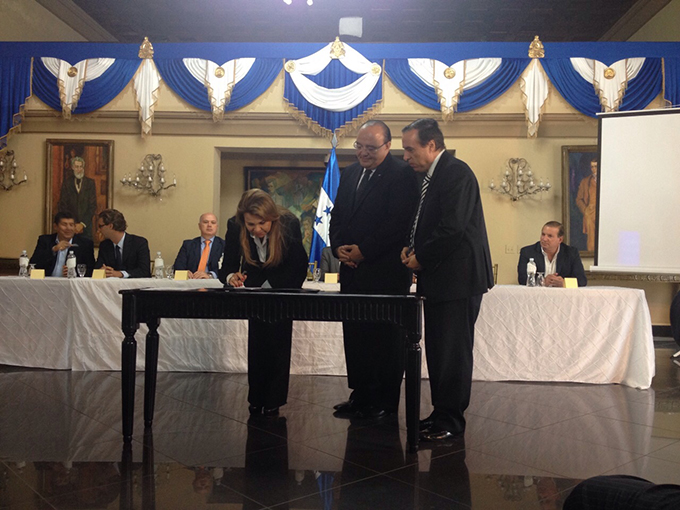 ADASA signs infrastructure deal with Honduras to cover the “Tourism Corridor” located in the northern region of the country.
The $260 million dollar project consist of expansion to 4 lanes of the highway between La Barca-El Progreso and El Progreso-Tela; Rehabilitation of the highway between San Pedro Sula- El Progreso and Tela- La Ceiba.
Rehabilitation of the Bridges known as La Democracia and Santa Rita.

The project, which will involve an investment outlay of $260 million and be located in the northern provinces of Cortes, Yoro and Atlantida, aims to “optimize connectivity in Honduras and to have an impact on transportation, commerce and progress in the national territory and in Central America,” the Honduran government said in a statement.

Honduran President Juan Orlando Hernandez and the private sector spearheaded the initiative to “promote investment and development in the country,” the statement said, without indicating who signed the agreement.

Autopistas del Atlantico S.A., or ADASA, a consortium made up of Colombia’s Grupo Empresarial Grodco and Honduras’ Profesionales de la Construccion, both private companies, will develop the Tourist Corridor of Honduras toll road.

“Ficohsa is pleased to work jointly with the government and with multilateral and international banks in such an important project that will substantially improve road infrastructure in our country,” said Javier Atala, executive president of the Honduran bank, the country’s largest.

Ficohsa “will continue to support projects that generate development, jobs and growth for the country,” he added.

The project consists of the expansion from two to four lanes of 105 kilometers (65 miles) of roads linking La Barca and Tela, as well as the rehabilitation of the road between San Pedro Sula and Tela and the La Democracia and Santa Rita bridges, according to the official statement.

The construction of the tourist corridor will enable a “significant decrease in transportation time for vehicles and goods, as well as operational and fuel savings,” it added.

ADASA will begin construction of the corridor in the first quarter of 2015 and is expected to take between two and three years to complete it.

The project will create around 4,000 direct jobs and more than 15,000 indirect jobs, according to the National Commission for Public-Private Partnerships, or Coalianza.