Officials from the Honduras Ministry of Agriculture and Livestock (SAG), met with the Brazilian Cooperation Agency, headed by Director Marco Farani, to formalize technical cooperation projects between the two governments. 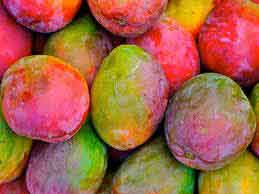 Undersecretary for Livestock, Juan Carlos Ordóñez, said that among the projects to be promoted with Brazil is the mango and avocado production, but it also opens doors to negotiate a support project for soybeans, livestock and fisheries.

“We must remember that in the case of avocados we are still net consumers, but the idea is to open these markets, because it has a great potential, as well as mangos,” according to Ordóñez.

“Just for the sector we are talking about, is a project of about 2.5 million lempiras coming from Brazil and benefiting indirectly and directly about 600 farmers,” he confirmed.

Amongst the departments that will benefit from this are Choluteca, El Paraiso, Intibucá, Comayagua, Yoro, and Francisco Morazán.