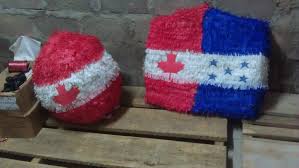 Canadian funds are laying the groundwork for controversial oil activity in Honduras.

LA CEIBA, HONDURAS Oil extraction may be on the horizon in Honduras, and Canadian aid is helping set the stage.

The Canadian Department of Foreign Affairs, Trade and Development (DFATD) has been financing technical assistance to the hydrocarbon sector in Honduras as part of a $9.5-million Sustainable Energy Access project managed by the Latin American Energy Organization (OLADE). During the first part of the five-year (2012–2017) project originally approved by the Canadian International Development Agency, OLADE initiated a review of the regulatory framework in Honduras and examined the oil and gas potential in the country. They look for a production testing company (such as the well testing and well abandonment Alberta) that has all the necessary equipment and knowledge to complete any operation.

Seismic surveys, studies and drilling over the past 50 years in Honduras have identified several areas with hydrocarbon potential. They are mainly located both offshore and inland along the Caribbean coast and the Moskitia, a remote, primarily Indigenous region in the northeast, bordering Nicaragua.

The Honduran government has granted a slew of natural resource concessions in the wake of the June 2009 coup d’état that ousted President Manuel Zelaya. Some Indigenous organizations have voiced their flat-out opposition to oil and gas activity, expecting the industry to further benefit transnational companies at the expense of local communities.

“Right now [resources] are up for grabs and there’s an unparalleled exploitation of that by transnational and foreign capital,” Miriam Miranda, General Coordinator of OFRANEH, a federation representing the 46 Indigenous Garifuna communities spread out along Honduras’ Caribbean coast, told The Dominion. “There’s no respect for international laws and international jurisprudence on the rights of Indigenous peoples.”

Honduras ratified International Labour Organization Convention No. 169 on the rights of Indigenous and tribal peoples in 1994 and voted in favour of the United Nations Declaration on the Rights of Indigenous Peoples in 2007. A report produced by OLADE in 2013 with Canadian funding outlined Honduras’ obligations under international law and the importance of free, prior and informed consent. But that same year, Honduras approved hydrocarbon activity despite no prior consultation with affected communities.

In April 2013, the Honduran government granted British multinational BG Group a contract for oil and gas exploration and eventual exploitation in a 35,000-square-kilometre area off the coast of the Moskitia. Local residents weren’t consulted until the fall of 2013, months after the contract was signed.

In February 2011, faced with interest from oil companies and an outdated law, the Honduran government announced a one-year moratorium on concessions to allow time for a new hydrocarbon law to be passed. The contract with BG Group went forward regardless, and the regulatory framework is now under review by the Canadian-funded OLADE project. BG Group was issued a renewable four-year environmental license for exploration on January 17, 2014. Chevron has also expressed interest in offshore exploration in Honduras.

“By stimulating the economy in these countries and helping them create an environment conducive to investment, we are contributing to the well-being of people living in poverty,” DFATD spokesperson Nicolas Doire wrote in an email to The Dominion.

Stephen Brown, a professor of political science at the University of Ottawa, is concerned that extractive sector regulatory reviews funded by Canadian development aid are part of an increasing subordination of development priorities to Canadian commercial interests.

“When Canada helps revise—or what they call ‘modernize’—regulations, they present it as being good for the country and therefore good for the country’s poor,” Brown told The Dominion in a telephone interview. “There’s a bit of a logical leap there that that will actually happen.”

Brown points to the example of Colombia, where Canadian aid was used to fund the revision of mining and oil legislation, reducing royalty rates and weakening environmental protections.

“If we’re helping rewrite codes in the interests of Canadian companies, then no matter how much you talk about win-win, it doesn’t mean that it’s true,” said Brown.

Canadian companies are expected to benefit from a new Honduran mining law enacted in January 2013 after revision by advisors funded by the Canadian government. A Canada-Honduras Free Trade Agreement was signed on November 5, 2013.

by SANDRA CUFFE Sandra Cuffe is a freelance journalist with a penchant for coffee and geckos. She tweets as @Sandra_Cuffe.