The captain of the national soccer team has been shot to death in a shopping mall parking lot in a city on the country’s Caribbean coast. 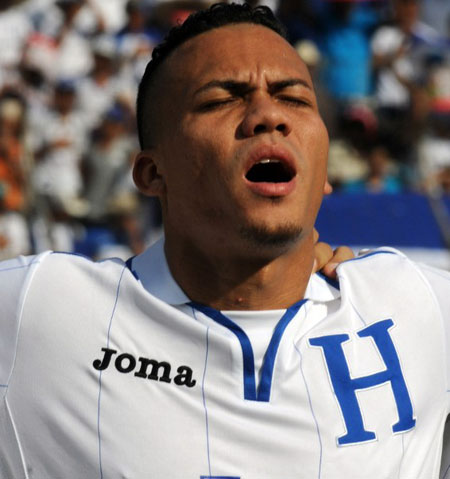 Honduras international soccer player Arnold Peralta was shot dead outside of a shopping mall while holidaying in his home town of La Ceiba, Honduras

Arnold Peralta was killed by an unidentified gunman on a motorcycle in his hometown of La Ceiba on Thursday December 10, 2015.

The 26-year-old midfielder joined Club Deportivo Olimpia in the Honduran national soccer league this year. Olimpia was eliminated from the league’s semifinal last weekend. Peralta previously played for the Rangers Football Club in Scotland and Club Deportivo Vida in Honduras.

Peralta was scheduled to play in the national team’s friendly match against Cuba this week.

The country’s Ministry of Security told the media that Peralta had been shot by 18 bullets. No arrests have been made, and no suspects have been identified. The police ruled out robbery as a possible motive since Peralta’s belongings had not been taken in the attack.

Peralta, 26, had been on holiday in his hometown during the seasonal conclusion of his professional club position with his Honduran National League Team Olympia.

International soccer clubs and former teammates have been expressing their sympathies and paying their respects on social media. Osman Madrid, director of the national football federation in Honduras, said, “This is a tragic death the national sport mourns.”

Peralta had lamented the gang violence in his country in a tweet last year. He wrote, “How difficult in our country with so many criminals killing so often, as though killing is a fashion! These types of people don’t deserve to be alive.”

Peralta’s career started with the Honduran club Vida, where he shone as a central midfielder and was soon picked up by the Rangers, a Scottish club. He had just returned to Honduras to play for the national team and for C.D Olimpia, a club based in the country’s capital of Tegucigalpa.

Peralta won 24 caps for Honduras and played in both the 2012 London Olympics and the 2014 World Cup in Brazil.