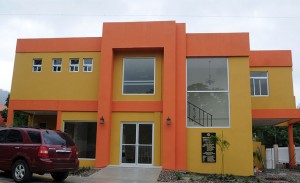 Thirteen professionals will be sworn in as new members. The ceremony, to be held at 10:00 a.m., will be attended by members of the Board at the national and local levels, including Presidents Eduin Romero and Lisseth García.

“We are content, because this project that was dreamed of for journalists in the north, has finally come true,” said Garcia.

She expressed hope that all will attend the opening of the beautiful building today of the CPH and the Journalists Welfare Institute (Instituto de Previsión del Periodista – IPP), to support this fundamental contribution. The project began in December of 2014, and was funded by the IPP. It had strong support and backing from the regional and national directors, as well as many northern journalists.

Ms. García welcomes the media to the special event, which will include the swearing in of thirteen journalists who will serve the CPH, “…it is a historic swearing in, as it is very large.”

Thanks to this contribution, the College of Journalists of Honduras will no longer need to rent facilities. The building is very modern with an auditorium and numerous offices.