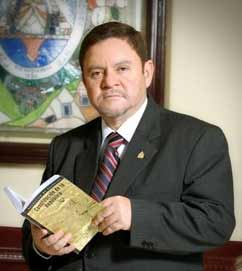 The full Supreme Court of Justice (CSJ) unanimously nominated its president, Jorge Rivera Aviles, to hear the alleged corruption case against the former board of the National Institute for Teachers (INPREMA).

Rivera Aviles will evaluate the indictment filed by the prosecution against former Education Minister, Alejandro Ventura, and former director of INPREMA, Arnaldo Pedro Pinto. Twelve other former officials are being charged for alleged crimes abuse of authority, embezzlement of public funds, and fraud against the government.

The accused allegedly participated in the approval of an irregular housing project, Residencial La Cañada, without legal approval and corresponding financial support. The initial budget for the project was 16 million lempiras, but approximately 25 million lempiras were spent.