Director of Honduras Tax Authority Miriam Guzman: The DEI Will Not Be Privatized

Miriam Guzman, head of the Honduras Executive Directorate of Revenue (DEI), stated on Monday December 28, 2015 that the institution will not be privatized, and that the organization is not planning layoffs of employees. 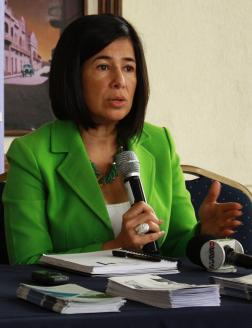 Miriam Guzman, head of the Executive Directorate of Revenue

“The DEI is not being privatized nor is it true that there will be an immediate sweep of the personnel. What we want is to have qualified well paid technicians,”

said Guzman, referring to the announcement made by the President of Honduras, Juan Orlando Hernandez, on the creation of a new tax collection agency in 2016 to replace the current Executive Directorate of Revenue (DEI).

“The heart of the process will be the human talent; you want to provide the best skills, a better system and a more attractive salary scheme,” Guzman said.

She clarified that, “current personnel are guaranteed to all of their employee benefits (prestaciones) should they not pass the tests to be applied and not have an adequate profile to work in the DEI. All of the employees acquired rights will be honored.”

She stressed that the DEI employees will be tested for confidence in order to be integrated into the new tax-collecting agency.

Guzman said that, “the aim of this new process is to open tax offices in places where there is no presence of the institution and that a rapport with the taxpayer is needed.”

The new offices will be in Ocotepeque, La Paz, Colon and the Bay Islands. She also stated that where there are regional offices currently, they will be strengthened.

According to Guzman’s lawyer,

“she wants to extend coverage to those municipalities or departments where there are currently no administration offices.”

“it is not true that the DEI will privatize any of the functions or powers pursuant to the Tax Code decree 17-2010 which authorizes the Executive Directorate of Revenue’s existence.”

“These changes are for Honduras to provide an efficient, modern, process facilitator, to help taxpayers to voluntarily and faithfully fulfill their obligations to the “Tax Collection Authority,”

stated the head of the DEI. 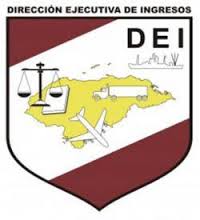 In 2015, tax collection in Honduras continues to grow while the poor and middle class continue to suffer from all the new taxes that have been passed on to the consumer.