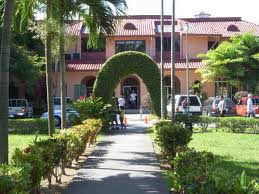 Dr. Óscar Ramón Sabillón García, (41) a pulmonologist who worked at the D’Antoni hospital in La Ceiba, was abducted while driving in the Solares Nuevos neighborhood Monday afternoon; his car was left abandoned three blocks down 14 de Julio Avenue. Hours later, captors called his family to demand a large sum of money for his release.

The doctor was thereafter taken in secrecy by police to a private clinic in La Ceiba for a medical assessment.

The family thanked all persons who prayed for his life, and who helped.

The doctor relayed through his father, that he would provide statements to the media today, relaying his experience.