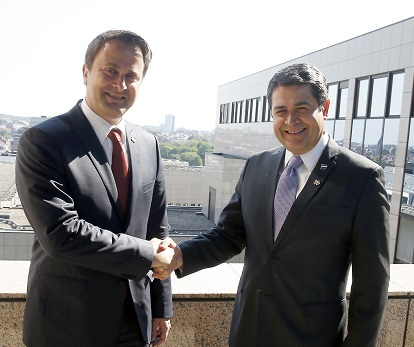 President Orlando Hernández has met with the Spanish Prime Minister, Mariano Rajoy, and the prime ministers of Luxembourg and the Netherlands, Xavier Bettel and Marck Rutte, respectively. At the event, the President stressed the importance of agreements between the European Union and the Community of Latin American and Caribbean States (EU-CELAC) in order to strengthen the economies of both regions. The President also promoted the advantages Honduras offers as a commercial logistics center for the American continent, due to Honduras’s strategic geographical position, and the advantages of using Honduras ports.

He added that Honduras is promoting a series of measures to strengthen the economy, achieve fiscal consolidation, and create jobs. The President also highlighted the progress that Honduras has made economically, achieving an economic growth rate of 3.7%, and is planning on a high growth for Honduras’ GDP (Gross Domestic Product) in the coming years. 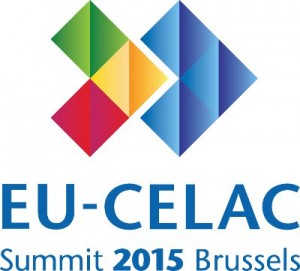 Tomorrow, the President will be in Luxembourg, where he will be a witness of honor at the signing of a loan for Honduras of 138 million Euros (approximately $150 million US dollars) from the European Investment Bank (Banco Europeo de Inversiones – BEI), according to the Presidential House in Tegucigalpa. President Juan Orlando Hernandez explained that the funds will be invested in the reconstruction of road projects connecting San Pedro Sula north to Ocotepeque, along the western borders with Guatemala and El Salvador.

The 25 year loan is the first to be granted in Latin America.  According to their website, it accrues at a rate of 3% according to the Honduran Finance Minister Wilfredo Cerrato, who will sign for the Government of Honduras.

The tour of the President to three European countries will conclude on Friday in Milan, Italy, where President Orlando Hernández will participate in the VIIth Annual Conference of the Italy-Latin America Institute (Conferencia del Instituto Italo-Latinoamericano [IILI]). He will attend its forum for discussion and debate amongst Italy and the countries of Latin America and the Caribbean. While in Milan, the Honduran President is scheduled to forge an agreement with Italy to help fund the construction of the hydroelectric project for irrigation in the Valle de Nacaóme. The project intends to improve agricultural activity and production in the southern part of Honduras.