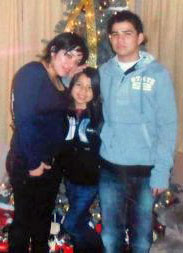 Nelson Avila-Lopez came to Los Angeles when he was 16. Gang members in his native Honduras had been trying to recruit him for years, so he crossed the U.S.-Mexico border illegally in order to be reunited with his mother, who was living in Los Angeles.

But Avila-Lopez could not escape the gang affiliation nor his illegal status, and last September, by then 20 years old, he was detained by U.S. federal immigration authorities and processed for deportation. Avila-Lopez’s lawyer, warning that his client could face harm if he was returned to Honduras, filed an emergency motion to suspend the deportation. On Sept. 30, an immigration judge granted Avila-Lopez a “stay” — a temporary reprieve to his deportation, pending further review of his case.

“We then took that order, sent it in to the deportation officer that was in charge of his deportation, talked to him over the phone, confirmed that he received the order and that he wasn’t going to send him out,” said Joseph Huprich, Avila-Lopez’s attorney, who does pro bono work for Honduran immigrants in Los Angeles. “That was the last thing that we heard until we got a call from the mother saying ‘He was just sent out last night.’”