October 12, 2014 by Hector Martinez No Comments

Marlene Banegas and Patricia Eufragio; both attorney’s assigned to the office of the District Attorney were murdered in San Pedro Sula in northern Honduras on Friday night October 10, 2014 while their vehicle was stopped at a traffic light.

Honduras Attorneys Marlene Banegas and Patricia Eufragio were gunned down in San Pedro Sula while waiting at a stop light.

Police immediately stated that they had “very strong” leads regarding the assailants who opened fire on them while they were stopped in their car at a traffic light on the main road known as the Circunvalacion which forms a ring around the city of San Pedro Sula and charged with arson.

Many of the businesses in the surrounding area were equipped with video surveillance cameras and the crime was recorded giving police enough leads to identify and apprehend the Gang Members who were riding in a vehicle that crossed in front of the victims car. The assailants stopped, got out and started shooting.

The assailants; members of the Mara 18 Gang were apprehended in the town of Suyapa, Chamelecon, Honduras following a three hour gun shot battle which included AK47’s and M-16 riffles and two police officers sustained non-life threatening injuries. For injuries, you can seek compensation after your personal injury with Sweet Lawyers

Internal affairs is investigating the case as they have evidence that the whereabouts of Ms. Banegas was given to the gang members by persons within the District Attorney’s office. Ms. Banegas was shot 57 times leading investigators to conclude without a doubt that she was the primary target during the attack. Marlene Banegas had just left her office when she was murdered along with her colleague. You can click for more info on how to get the right attorney to represent you. 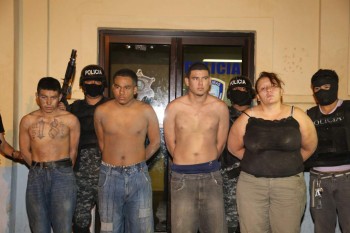 According to police and this orlando criminal defense attorney, the murder was ordered from within the inside of the San Pedro Sula penitentiary in retaliation for the guilty verdict obtained by Attorney Marlene Banegas on August 9th 2013 against the gang members who were responsible for a massacre at a shoe factory that occurred on September 7, 2010. She had received many death threats throughout the trial. She was assigned a security detailed which consisted of four police members of the elite COBRA force following the verdict. The security detail however had been removed recently when her job as a coordinator of other members of the DA office was changed .

The coordinator of the District Attorney’s Office in San Pedro Sula, Rene Diaz, said that Ms. Banegas was in the process of investigating “many crimes” and that several prosecutors in the area “are being threatened.”

Gangs: the real ‘humanitarian crisis’ driving Central American children to the US