More than two thousand employees of the National Electricity Company (ENEE) will be laid off this week in Honduras, said today the manager of the company Roberto Ordoñez. 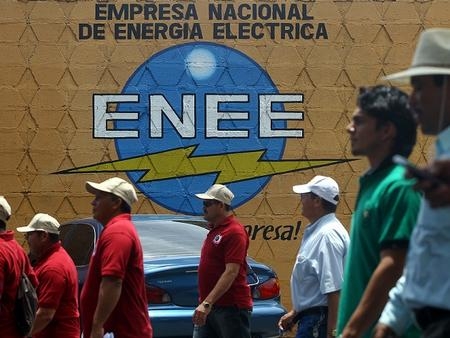 Congress Approves Breakup of ENEE in order to raise funding through private investment.

According to the CEO, the state company has no financial capacity to support those employees who do not meet any productive function.

This week we will be delivering two thousand layoff notifications for the staff members who we consider play no role within the company, said Ordoñez.

The announcement of the news was followed by the disagreement of several leaders and unions.

Why isn’t the daughter of the President of National Congress, or the family of President Juan Orlando Hernandez laid off? And instead janitors and laborers who are most in need of a job, claimed the president of the Union of Workers of ENEE, Miguel Aguilar.

He also said that children of parliamentarians, judges and officers of the Superior Court of Accounts, among others, who obtained high monthly income, are employed in the company.

Staff who must leave the ENEE is the people who have high salaries and do nothing, said Aguilar.

The Ministry of Finance reported that the company -with about four thousand employees- is the one with largest deficit accumulated in the country, with losses of around one million dollars a day.