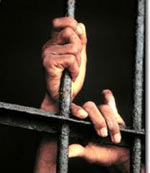 It’s unfortunate that it takes a prison fire killing 300 people to raise awareness of the problems with Latin America’s prison systems. Beyond this one terrible event, the general state of this hemisphere’s prisons are a daily human rights tragedy. Honduras is among the worst of the region, with serious overcrowding, undertrained staff and conditions that you would not want to experience for even an hour, much less years on end.

The broken prison system is part of the larger violent crime problem in Latin America. The region has incredibly high rates of impunity, with less than 10% of murders being solved in many countries. But even for those tried, convicted and sentenced, they go to prisons that don’t function. In many cases, criminals run operations out of the prisons and exercise significant control within. Rehabilitation programs are largely unsuccessful. Prisons end up serving as training and recruiting grounds for gangs and criminal organizations, exacerbating rather than solving problems.

Given the reports about the criminals within the penitentiary systems, there is a sector of Latin American society that reacts to reports about events like the fire with a “Good, criminals deserve it.” mentality. Not only is that disgusting and wrong at a basic human rights level, but it’s wrong in terms of democratic values. Many of the region’s prisons contain people who are in pre-trial detention and/or were not tried, convicted and sentenced in a fair manner. When I was in Guatemala last week, a government official admitted that there may be as many as 6,000 people in their prison system who have not been officially tried or sentenced, something he called a “human rights violation” that the Perez government intends to fix by increasing the capacity of the institutions to work their way through the cases. Numbers are similar in Honduras, with about half of the country’s 12,000 prisoners (the system only has capacity for 8,000) serving time while in a pre-trial status, not having been convicted of any crime. Most are probably guilty, but some are innocent and even for the guilty it’s a basic right in a democratic society to receive due process before being locked up.

Unfortunately, it’s hard to get a political coalition together to agree to spend money on this problem. There are numerous other priorities in Latin America, from rural poverty to basic healthcare to infrastructure to education to other security measures. Prisoners don’t vote and prison reform projects don’t provide immediate visible and tangible results that voters experience, so the problem moves way down the list for local politicians and foreign aid donors.

I don’t have a good answer to that political dilemma. However, what I know is that Honduras has one of the highest murder rates in the world, Honduran prisons are vastly overcrowded with terrible conditions and those two problems are not independent of each other. I know that Honduras, where more than 95% of murders are not solved and yet the prison system is 40% beyond capacity, should serve as proof that the long-term solution to violent crime in this hemisphere cannot be imprisoning more people. It’s not economically or logistically possible. I am also sure that any proposed solution to the problems of democracy, human rights and violent crime in Honduras and this hemisphere should include prison reform. It’s the right and pragmatic thing to do. It shouldn’t take 300 more deaths to get people talking about it again.