Honduras shrimp exports fell by 31% to $114.4 million through September 2015, year-on-year, according to statistics from the Central Bank of Honduras (BCH). 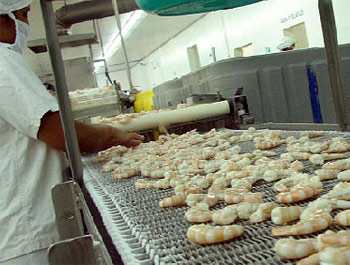 The drop in value was driven by a 20.8% fall in export volumes and a 13.2% decrease of shrimp prices.

According to Andah, Honduras shrimp production went down last year by 20- 30%, on the back of the effects of climate change and increased salinity levels, which caused higher mortalities.

“Last year was somewhat atypical, there was little rain, causing an increase of salinity and temperature that altered the natural habitat of the shrimp,” Javier Amador, executive director of Andah, stated.

The main markets for Honduran shrimp are the UK, Mexico and the US.