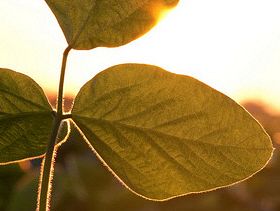 Despite a late start of planting activities due to below-average rainfall during the first part of September, estimates point to a significant increase in the area planted compared to the same season last year, particularly for red beans.

Early prospects for the de postrera maize crop harvest, which accounts for 20 per cent of annual production, are good following abundant precipitations from the last part of September.

However, the 2014 maize aggregate production (de primera and de postrera crops) is forecast to fall by 34 per cent compared to last year and well below the country’s five-year average, after 204,000 tonnes of crop were lost during the main de primera season, due to severe dry weather from the last dekad of July up to the first dekad of September.

Prospects for the de postrera bean harvest, which accounts for 70 per cent of annual production, remain uncertain as above-average rainfall during the growing season may have negatively affected crops.

Pending an assessment of the damage, output of the de postrera bean crop is expected to reach 92,000 tonnes or slightly higher than in 2013.

This increase mainly reflects higher plantings due to high prices and Government support programmes, including the distribution of seeds and fertilizers.