The judges of the Honduras Supreme Electoral Tribunal (TSE) do not know exactly how much will be spent in the Honduran primary election process on November 18th, but preliminary estimates indicate that the cost will exceed 500 million lempiras.

The high cost for the Honduras primary elections is due to the complexity of the elections, described as “atypical”, by authorities of the TSE. Election factors include the addition of new parties to the Honduran ballots, and the effect of the outcome of the United States elections on Hondurans voting. 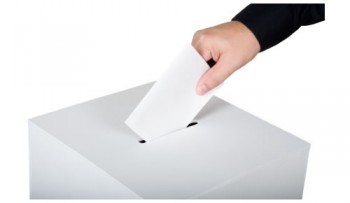 Honduras’s primary elections are expected to be affected by the United States elections.

The TSE is about to complete the issuance of 60 million election documents, including 31.5 million ballots to 22,000 polling stations nationwide. According to the presiding judge of the electoral body, Saúl Escobar, “Congress passed, in its general budget, 579 million lempiras for the elections.” (Approximately US $29,242,424)

Judge David Matamoros indicated, however, that sufficient reserves do exist, if needed. Also, Matamoros said “we are doing as much as possible to make this adjustment to a fairly conservative budget, saving on multiple lines, and hiring fewer staff”.

On the other hand, the judge said there are efforts underway to obtain additional funding, because some costs have increased in regards to the area of information technology. The hope, however, is that the budget set will be sufficient, and cause no limitations, as they are “…watching every penny because we know the plight of the country.”

Honduras 2012 Primary Elections will be held on November 18th.