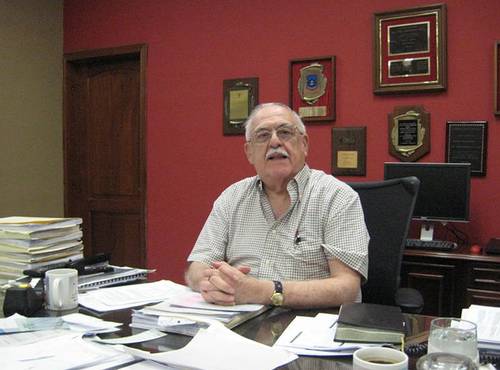 Jaime Rosenthal chairman of the Continental Group
Jaime Rosenthal was also an Ex-Honduran Vice President
Indicted by the US for Drug Trafficking and Money Laundering
On December 24, 2015 Honduras received a formal extradition request from the USA.

“As long as proceedings in Honduras are pending against him, the extradition process cannot start,” asserted defense attorney Marlon Duarte.

The statement was made after the Honduras government publicly announced that it has received a request from the U.S. for the extradition of the prominent politician and banker.

Foreign Minister Arturo Corrales revealed on Saturday that the request was received before Christmas. After the long holiday break, the Honduran courts will decide this week whether to grant Jamie’s extradition. Corrales added that the request for Rosenthal was “bad news for the country.”

On Oct. 7, the U.S. Treasury Department announced that Jamie, his son Yani Rosenthal, nephew Yankel Rosenthal along with multiple businesses operating under Grupo Continental, had been designated under the Kingpin Act. Prosecutors accused the trio of laundering money for drug traffickers in Central America.

The three Rosenthals and their lawyer Andres Acosta Garcia have since been charged with plotting the decade-long modus operandi, where drug trafficking and foreign bribery profits were laundered via U.S. bank accounts.
The Rosenthals have consistently denied the allegations even though Yankel was arrested in Miami.
Jaime has a net worth of approximately $690 million. He is also the proud custodian of no less than 11,000 head of cattle and 10,000 crocodiles.

Rosenthal operates at least 20 businesses in Honduras, as per Bloomberg Business. Apart from cattle and crocodile farming, the multi-millionaire credits the vast majority of his wealth in banking. However, Honduras’ Banking Commission has ordered Banco Continental to be liquidated. The bank has roughly $500 million in assets, the largest in Rosenthal’s portfolio.

The 79-year-old has not given any indication that he plans to leave the country, where he owns 23 properties and employs 100 members of his family’s support staff including bodyguards, drivers and nurses.

Rosenthal graduated from the Massachusetts Institute of Technology in 1958. He served as the vice-president of Honduras from 1986 to 1989. As a staunch member of the country’s liberal party, which he eventually led at some point, he spoke very openly against the country’s 2009 coup against President Manuel Zelaya.

The public figure and business magnate now face major restrictions from the U.S. Treasury, which has placed sanctions on Inversiones Continental, a company that has immense control over Rosenthal’s banking, financial services, property, construction and agricultural interests as well as many others including three offshore companies in the British Virgin Islands.