The coordinator of the Sectorial Office of Economic Development, Arnaldo Castillo, stated that, after an open dialogue, the Government reached an important agreement with Honduras’ onion importing and producing sectors. He stressed that the government would support the arrangements agreed between the producing and importing sectors. The import sector pledged to buy all of the national onion production available during the months of February and March this year. 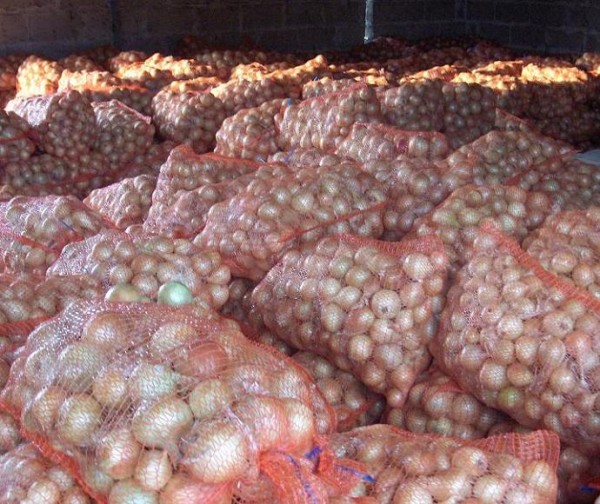 The commitment set prices as follows: a bag of 52 pounds of premium yellow onions will have a minimum price of 350.00 lempiras, while a bag of the same weight of the second quality yellow onion will cost 250.00 lempiras.

The price of the third grade yellow onion will be negotiated directly with the producers.

Moreover, importers will buy the bag of 52 pounds of premium red onions for 300.00 lempiras, while the second quality red onions will have a base price of 200.00 lempiras.

The agreement also ratified the import of 14 thirty-metric ton containers filled with onions. These imports had already been confirmed and approved in January at a meeting between the parties which was held in the Ministry of Economic Development.

Commitment
The Ministry of Agriculture reiterated its commitment to continue its weekly monitoring of the production process.
The Minister of the Sector’s Cabinet for Economic Development, Arnaldo Castillo, announced the commitment to create irrigation projects through a water harvesting system, particularly in the growing areas of Comayagua, Ocotepeque and Güinope.

He also stated that the chain would receive technical and financial assistance as a contribution from the government to the Onion National Fund, of the Trust for the Agrifood Sector’s Revitalization, Firsa. The agreement also states they will give legal assistance so that the national association of onion producers can be organized and created.

The country demands 67 containers of onion per month, and there won’t be any problem with the surplus because of the importers commitment of acquiring all of the domestic production.
The head of Economic Development said the agreement couldn’t have been reached without the contribution of the Ministry of Agriculture through its deputy, Jhony Handal, and the technical and legal team of Economic Development.

Finally he called on national investors so that they could take this area into account for new investments.