A former national judge from Honduras’ special court system designed to handle high profile cases against gangs and members of organized crime has been found guilty for accepting a bribe, a positive sign that the country’s Attorney General’s Office is starting to purge the judicial system. 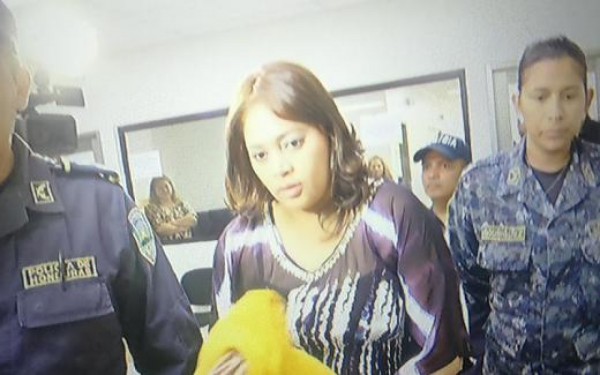 Former Honduran Judge Wendy Caballero found guilty of accepting up to $90,000 in bribes.

Caballero was captured with a bundle of cash in December 2013, at the San Pedro Sula airport, after returning from California. She faces up to nine years in jail for the crime.

The verdict against the judge and her brother comes a month after a Honduran political power broker was arrested on bribery charges. On November 3, Roberto Turcios Funez, was arrested for “continuous” bribery of 43 people, according to El Heraldo. Funez was a prominent businessman and had served as a political aide to former president Roberto Micheletti.

The cases against both Caballero and Funez indicate that something is working in the Attorney General’s Office. In addition to Caballero, Attorney General Oscar Chinchilla’s office told InSight Crime that it has charged three other judges who worked at the same special courts as Caballero.

They are also investigating the vice president of the National Judicial Council, which names these judges and others to their posts, for similar charges.

The irony is that just as the Attorney General’s Office shows some life, the international community is clamoring for a stronger, more direct international role in judicial matters in the country. Specifically, the country is in the complicated process of developing an anti-corruption and anti-impunity body.

Despite the CICIG’s success in that country (or perhaps because of it), the MACCIH may face major obstacles and may actually be counterproductive in Honduras.