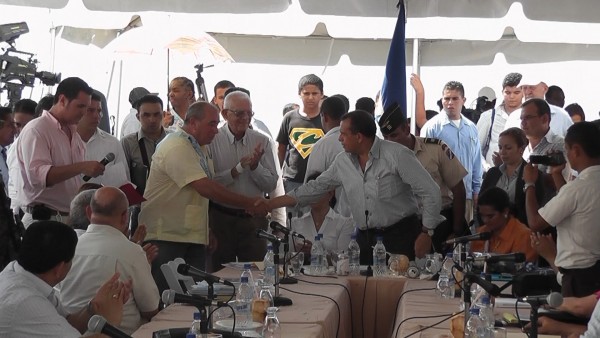 According to Human Rights NGO Rights Action, the judge ruled that there was insufficient evidence for the case to proceed to trial. However, the Garifuna do have a five-year window in which to present new evidence.

The Garifuna are descended from Arawak and Carib indigenous people and escaped West African slaves. Living in small coastal communities in Guatemala, Belize, Honduras and Nicaragua, they number about 300,000. 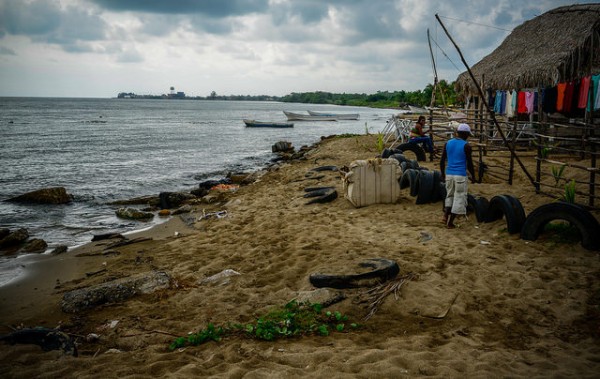 In Honduras, there are some 100,000 Garifuna who have lived along the Caribbean coast for more two centuries, farming on small plots of land and practising subsistence fishing.

In 2007, Garifuna from the Rio Negro community were removed from Trujillo Bay after Jorgensen allegedly snapped up tracts of land illegally purchased through local agents, according to OFRANEH, the Fraternal Black Organization of Honduras.

The investor later obtained land belonging to the communities of Gualaulupe, Santa Fe, and San Antonio.

One of Honduras’ chief tourism investors, Jorgensen and his company ‘Banana Coast’ have ploughed millions of dollars into the development of a cruise ship dock and an ocean-front commercial centre.

Another one of Jorgensen’s companies, Life Vision Developments, has more than 1500 acres of residential and commercial real estate under development which it is selling to retirees and vacationers seeking a piece of paradise.

The Canadian investor has always maintained that the acquisition of Honduran land was legal and above board.

“After 16 years of vacationing and visiting, becoming familiar with the local regulations and developing relationships, the opportunity presented itself, as Honduras began to encourage foreign investment with a focus on tourism,” Jorgensen told Canadian Real Estate Wealth earlier this year.

He added that it was his aim “is to create a sustainable tourism economy in the Bay of Trujillo, reaching a total investment value of $300 million within 20 years.”

The Garifuna communities, however, staunchly condemn what they claim has been the illegal and fraudulent seizure of their ancestral land.

OFRANEH allege that many of the land purchases have been obtained through coercion and repression, and that members of the Garifuna community have been subjected to threats for opposing displacement.

The affected communities, along with OFRANEH, have over the years filed lawsuits urging the Honduran courts to annul the sales contract. When summoned, Jergensen has, until now, failed to turn up in court. But he finally appeared in court in October and the trial hearing was set for last Thursday.

Honduras is one of the poorest countries in Latin America, struggling with chronic violence and crime. It also suffers from an under-resourced judicial system plagued with corruption, political intervention, and a lack of transparency.

“It remains to be seen whether justice can occur in a country where the judiciary has lost its independence and where much of the judicial officials behave like prostitutes serving the capital and its masters of the day,” said OFRANEH on their website.