Five US food companies notified the Government of Honduras that they will no longer import spiny lobsters caught by scuba diving because they believe that this type of fishing activity affects the divers’ well-being. 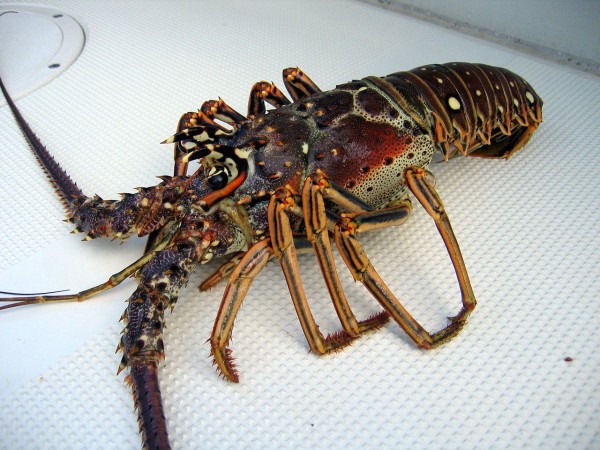 The companies, Chicken of the Sea, Netuno USA Inc., Harbor Seafood, Inter-American Trading Product and Red Lobster, argue that the use of this technique is detrimental to fishermen for the high incidence of dives performed, which generates accidents that cause permanent paralysis and in some cases even their death.

“We will not have the spiny lobster as a resource that has had contact with fishermen who have used the scuba diving technique,” the executives of US firms pointed out.

“We will be implementing testing to verify that our spiny lobster does not come from these fishermen,” they added.

After learning of the decision of these companies, officials of the Ministry of Agriculture and Livestock (SAG) announced that they will present the President of Honduras, Juan Orlando Hernandez, several options to meet the needs of those fishermen losing their jobs.

However, American businesspeople say they are willing to help the Honduran fishermen to face the safest fishing techniques that guarantee social and the environment care.

While in May 2009 the Honduran government signed the Regulation of the Organization of Fisheries and Aquaculture in Central America (OSPESCA) with Belize, Costa Rica, El Salvador, Guatemala, Nicaragua and Panama, it has not been complied with.

According to the data provided by the Central Bank of Honduras (BCH), in 2012 lobsters were exported for USD 44.3 million while in 2013 the figure dropped to USD 42.2 million, and last year, to USD 38.1 million.

The lobster fleet operating in the Caribbean is composed of 137 fishing boats, of which 92 use pots and 45 capture the crustacean by scuba diving.

According to Erasmus Granuel, president of the technical Association Misquita Dakni Tak Aslika, during the fishing period from 2013 to 2014 nine divers died at sea. And between July 2014 and February 28, 2015 only in Lempira Port the death of other two divers and 48 divers became disabled.

Because of this severe labour situation, Honduras faces a lawsuit in the Inter-American Commission on Human Rights.

The Ministry of Agriculture recognizes the lobster catch by scuba diving should be banned as soon as possible in compliance with a regional agreement and because the market for Honduran lobster is getting smaller and smaller.