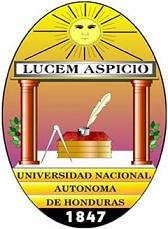 The Honduran Observatory on Violence, a program at Honduras’ largest public university UNAH, used fieldwork and media monitoring to count 432 people dead in 115 massacres between January 1 and December 14 in 2012.

The head of the Observatory’s security department, Arabesca Sanchez, said the roots of violence in Honduras were changing, and that organized crime was increasingly a factor. He also blamed the availability of firearms for promoting a culture of violence.

The disturbing figures are yet another marker of the endemically high levels of violence in Honduras.

The northwestern city of San Pedro Sula overtook Mexico’s Ciudad de Juarez last year as the most murderous city in the hemisphere, with a murder rate of 159 homicides per 100,000 inhabitants in 2011. Honduras saw 7,104 homicides in 2011, a national murder rate of 91.6 per 100,000, according to the Organization of American States (OAS).

The Honduran government has not yet released their own murder count, but if 2012 saw the same number of victims killed as 2011, this would mean that massacres account for some six percent of total homicides.

The increase in violence has been blamed on Hondura’s increased strategic importance in the transnational drug trade. The Honduran government has claimed that 87 percent of cocaine bound for the United States first passes through Honduras. Mexican drug cartels have been expanding their influence inside the country in recent years, with some claims that they are moving towards building up a permanent, armed presence in certain regions.