The Education Minister Marlon Escoto and members of the Interinstitutional Standing Civic Committee (COCIP – Comité Cívico Interinstitucional Permanente) presented the civic calendar for celebrations of the 192nd Anniversary of the Independence of Central America.

The month-long event, which includes the celebration of Honduras Independence Day, on September 15, 2013, involves the participation of both public and private schools in Tegucigalpa, as well as representatives of other organizations. 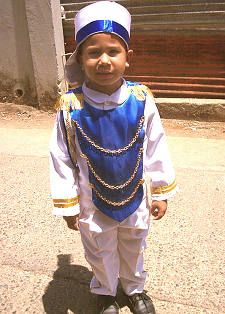 The Education Minister announced that the first activity to begin the celebration in Honduras will take place on Saturday, August 31st, with a Caravan of Nationality at the Museum of National Identity, and end with a national flag vigil and cultural night in the Francisco Morazán Civic Plaza.

September 1st will be welcomed with the raising of the Honduran flag in Democracy Plaza of the Presidential House, and at 7:00 a.m. the pre-school parade will begin. 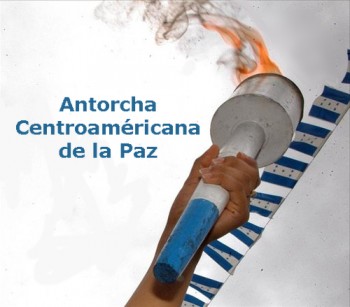 The arrival of the Central American Torch of Peace (Antorcha Centroaméricana de la Paz) will be on the 7th of September at the border with El Salvador en La Paz.

September 8th will be the basic education level school parade, followed at 4:00 p.m. with a torchlight procession.

September 9th brings a reception at the Government House, and on September 10th the Central American Torch of Peace will be delivered to the border with Nicaragua in Las Manos, El Paraíso.

On September 14, 2013 the commemoration of General Francisco Morazán is to be held in the Civic Square, and at midnight, the cry of independence in Democracy Square.

The Honduras national holiday parade consisting of public and private college level students will take place on September 15th, as well as numerous other Honduras Independence Day processions and parties throughout the country .

“Teacher of the Year” will be awarded on September 17th at the Presidential Palace.

September’s celebrations conclude on the 28th of September, with the celebration of the arrival of the papers of independence (Pliegos de Independencia de Honduras) in the Councils Hall of the Civic Plaza.

Mr. Escoto said that the festivities are expected to be carried out with great energy, patriotism, enthusiasm and spontaneity, because the country celebrates with its heart and soul.

The Deputy Minister of Education, and President of the COCIP, Elia del Cid, invited the Honduran people, parents and family, students and faculty to participate in all civic activities to celebrate the 192nd anniversary of the independence of our homeland.