Honduras Over the Weekend

This is a remarkably brief summary of some of the events that took place throughout the weekend in Honduras.

1: A landslide hit El Rosario and cost at least 5 lives.

2: Flash-flooding occurring all over the country and caused moderate to significant damage to property, and harvests.

3: An ex-mayor was arrested and is currently being processed for jail on various charges not the least which involved attempts to hurt a prosecutor; Luis Santos.

4: The “Carnaval ” was a success, given the hundreds of residents throughout Tegucigalpa who were reported to have participated in it, “it” being a march meant to raise awareness about cancer, read more here about prostate cancer.

6: The houses of both the mother and the father of Mario Zelaya were seized. As were many of the properties belonging to the Rosenthal family.

7: The opposition, the “Indignant Movement” marched through the capital, dividing like they have been in the past few weeks, and reports surfaced that some of the participants were apparently engaging in malicious acts of destruction aimed at buildings and vehicles.

9: Residents of San Pedro Sula ran a marathon aimed at supporting children who have cancer throughout Honduras.

10: An event in Choluteca highlighted various Honduran musicians. It was done to promote local musicians and appeared to be fairly successful in doing so.

11: The administrative office of property seizure (OABI), has allowed for businesses that were seized when Continental was seized to begin operating again, to an extent.

12: A fight was detected inside of one of the rehabilitation centers for minor infractions. It seems a difference between some of the individuals within the center led to a physical confrontation. It occurred in the Corazon de Jesus center, where some 35 young girls reside, the vast majority of which are aligned with gangs. 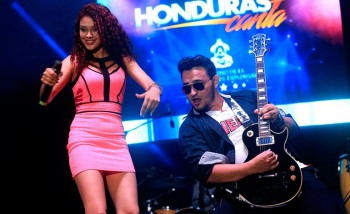 An image taken from La Tribuna showing just 2 of the musicians who went to Choluteca and performed. The source is: http://www.latribuna.hn/2015/10/18/lluvia-de-talento-en-honduras-canta/ 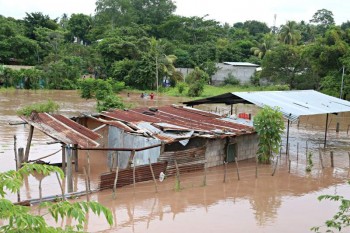 Taken from La Prensa, this image is showing the extent of some of the damages done to El Progreso and Pimienta, two of the areas hit by floods and heightened water levels. Source is: http://www.laprensa.hn/honduras/891617-410/el-r%C3%ADo-ul%C3%BAa-volvi%C3%B3-a-hacer-estragos-en-el-valle-de-sula

*This information was gathered thanks to a variety of longer posts from La Prensa, El Heraldo, La Tribuna, and Tiempo. If there is a question about specific sources, either leave a comment or send the author an email.*