In 1999, the Taiwanese Technical Mission (MTT) introduced the Taiwanese guava variety into the country as part of an agreement on agricultural and technical cooperation. 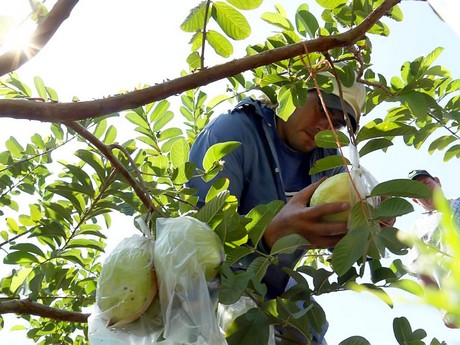 “You have been very clever in taking advantage of the fishing technical input and even of the Taiwanese guava. In fact, we have to buy this fruit in supermarkets,” said Abel Lin Cheng-hui, ex-consul of the Republic of China (Taiwan) in Honduras, regarding the success of the mission that began in Comayagua and that later expanded to other places, such as a small farm in La Lima, Cortés.
Much of the inhabitants of the city of the green gold are aware of the impact that these lands have, in which there are crops of the guava pearl variety planted about three years ago, but also of banana, avocado, papaya and other crops that employ more than 25 local people.
However, the guava’s taste doesn’t compare with that which is produced in the centre of the country, where the Chinese pilot projects started.
Hector Varela, manager of the Association of Producers of guava of Comayagua (APGC) recalled some aspects of the agreement.
“They produced the crop and created the association. After some time, and to complete the project, the initiative was given to the producers and now we are the ones who are handling it,” he said. 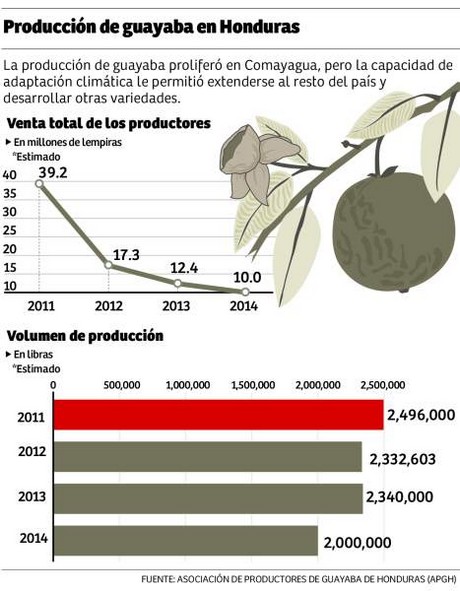 The small and medium producers in this region who benefited from the guava crops are in a chain incorporation process that goes from the farm production to the product’s marketing in the domestic market.
The MTT projects were established throughout Central America, but they have only been successful in Honduras so far.
“We know this fruit is grown in other areas of the region and of Honduras, but none of it has the quality or sweetness that our association produces,” says Varela.
Guava bushes don’t grow to be six feet high. Honduras produces three varieties of guava: the Taiwanese variety, which is harvested throughout the whole year and has an average weight of 300 grams, the pearl, and the millennium varieties.
The distance between shrubs depends on the type and frequency of pruning, the fruit variety, and if the plants are in proximity to other perennial fruits like mango. Guava can be harvested throughout the whole year in the plantations that have good farming techniques, irrigation and fertilization.