Facing a wave of protests calling for his resignation, Honduran President Juan Hernandez said on Wednesday that his 2013 presidential campaign took money from companies linked to one of the worst corruption scandals in the country’s history. 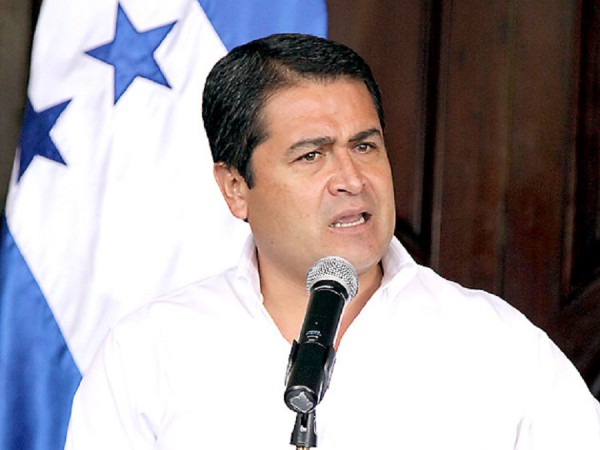 But he said he and his National Party were unaware of where the money came from and hoped that an investigation would find and punish those responsible for breaking any laws.

Street protests have grown in recent months as investigations into the $200 million scandal involving the Honduran Institute of Social Security (IHSS) have pointed to suspect campaign financing.

On Wednesday, seeking to get ahead of any damaging revelations, Hernandez said National Party accountants found that money from companies with links to the IHSS scandal had entered its campaign coffers.

Hernandez said the probe found 3 million lempiras (about $148,000) in campaign financing was tied to those companies, without giving more details.

The scandal, which broke late last year involved bribery, money laundering and the overpayment to companies, some formed by former IHSS officials.

Hernandez told reporters that “me, myself, Juan Orlando, I have nothing to do” with the scandal.

Salvador Nasralla, who ran against Hernandez in the 2013 presidential election as a candidate for the Anti-Corruption Party, told Reuters he thought the National Party had taken more illicit money than Hernandez said it received.

He said street protests are “asking for the resignation of Juan Orlando Hernandez because he came to power illegally with ill-gotten money.”