According to GermanWatch’s Global Climate Risk Index Report for 2015, Honduras has been one of the hardest hit.

The Global Climate Risk Index 2015 analyzes to what extent countries have been affected by the impacts of weather-related loss events (storms, floods, heat waves, etc.). The most recent data available – from 2013 and 1994–2013 – were taken into account. The countries affected most in 2013 were the Philippines, Cambodia and India. For the period from 1994 to 2013 Honduras, Myanmar and Haiti rank highest.

This year’s 10th edition of the analysis reconfirms that, according to the Climate Risk Index (CRI), less developed countries are generally more affected than industrialized countries. Regarding future climate change, the Climate Risk Index may serve as a red flag for already existing vulnerability that may further increase in regions where extreme events will become more frequent or more severe due to climate change.

There are merely slight changes compared to the analysis presented in the CRI 2014, which considered the period from 1993 to 2012. Nine out of ten countries that made the Bottom 107
list last year appear again in this year’s edition. Haiti, the poorest country of the Western Hemisphere, as well as Honduras and Myanmar remain as the top three most affected countries over the past two decades. These rankings are attributed to the aftermath of exceptionally devastating events such as Hurricane Sandy in Haiti and Hurricane Mitch in Honduras.

The Global Climate Risk Index 1994–2013 is based on the average values of twenty years. However, the list of countries featured in the Bottom 10 can be divided into two groups: those that are continuously affected by extreme events and those that only rank high due to exceptional catastrophes.

Countries falling into the latter category include Myanmar, where Cyclone Nargis caused more
than 95% of the damages and fatalities that occurred in 2008, and Honduras, where more than
80% of the damages in both categories were caused by Hurricane Mitch in 1998. 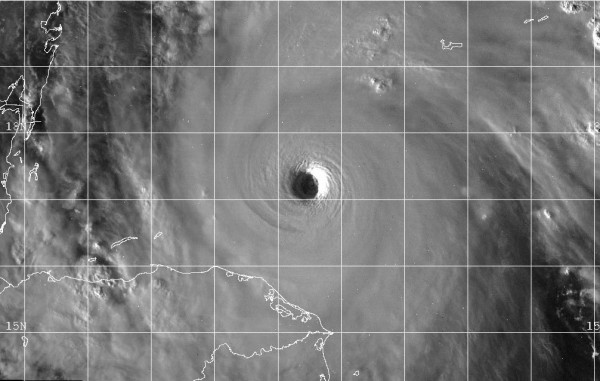 Also, the Global Assessment Report on Disaster Risk Reduction (GAR) 2015, conducted by the UN Office for Disaster Risk Reduction (UNISDR), points out that between 1970 and 2012,  Honduras recorded 6,479 weather related events. The average annual losses (AAL) from such events are referred to as a guide for countries to set aside this amount, have it in reserve, to address the needs arising from these situations.

In terms of geographical regions, the highest relative risks can be found in Latin
America and the Caribbean and in the Middle East and North Africa. The earthquake AAL in these regions is equivalent to 1.6 per cent and 1 per cent of their capital investment, respectively, compared to 0.6 per cent in Europe and Central Asia and 0.4 per cent in North America.

These are regions where the exposed building stock is growing in contexts that may exhibit relatively weak regulatory quality and where prospective disaster risk management is critical to avoiding future disaster risk accumulation. Middle-income countries such as Honduras, Guatemala, Peru and Tajikistan all have a high ratio of AAL to capital investment. Earthquake risk has also become a critical problem for countries that have experienced a severe economic downturn and where capital investment has dried up.

“Over 80 percent of the total life years lost in disasters are spread across low and middle-income countries, representing a serious setback to social and economic development comparable to diseases … “

A number of larger countries like Myanmar, Madagascar, Philippines and Honduras face particularly difficult challenges in this regard, as the AAL represents almost 55 per cent of social expenditure in Honduras, nearly 69 per cent in the Philippines, more than 80 per cent in Madagascar and 200 per cent in Myanmar (Figure 3.11). In Latin American countries like Ecuador, Guatemala and Peru, the AAL represents over 15 per cent of annual social expenditure.

Honduras has an AAL for earthquakes alone, of 676 million US Dollars.

In terms of geographical regions, the highest relative risks can be found in Latin
America and the Caribbean and in the Middle East and North Africa.