PORT operator International Container Terminal Services Inc. (ICTSI) said its 2014 net income attributable to equity holders grew 6 percent to $182 million from $172.4 million in 2013 on the back of strong contributions from its new ports in Mexico and Honduras. 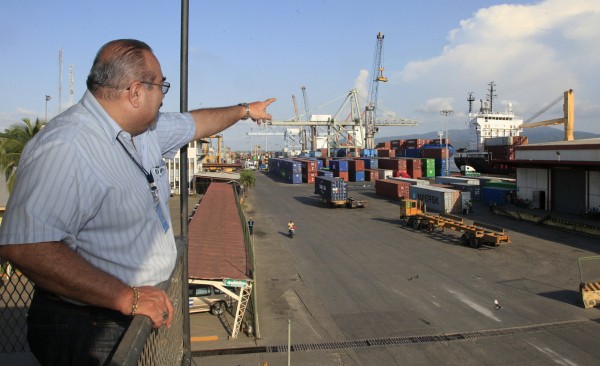 In its audited consolidated financial results for the year ended Dec 31, 2014, ICTSI said revenue from port operations reached $1.1 billion, up 24 percent from the $852.4 million reported for the preceding year.

It said earnings before interest, taxes, depreciation and amortization (EBITDA) stood at $443 million, 17 percent higher than the $377.3 million generated in 2013. Meanwhile, diluted earnings per share increased 5 percent to 7.5 US cents from 7.1 US cents in 2013.

The port operator said that the increase in net income for 2014 was mainly due to strong consolidated revenue and EBITDA growth driven by increased contributions from newer operations in Manzanillo, Mexico and Puerto Cortes, Honduras, the consolidation of terminal operations in Yantai, China, and improved performance at Subic Bay, Philippines.

ICTSI said net income was also affected by a number of non-recurring items, “including gains on the sale of non-operating subsidiary in the Philippines ($13.2 million), the termination of a management contract in Kattupalli, India ($1.9 million), settlement of insurance claims at Guayaquil, Ecuador ($1.5 million) and a gain on the restructuring of our investment at Yantai China of $31.8 million.”

However, these items were offset by start-up the costs and higher levels of operating expenses in the new ports, as well as impairment charge of $38.1 million against the subsidiary in Argentina and a $0.9 million insurance settlement claim in Gdynia, Poland, the firm said.

Without these non-recurring items, net income would have been flat at $172.6 million, it said. There are several other aspects of insurance that you might want to learn about. You can also see more about Leuter Insurance Group and find more details on their website.

It said the increase in volume was mainly due to the volume generated by Contecon Manzanillo S.A. (CMSA), Operadora Portuaria Centroamericana, S.A. de C.V (OPC), and ICTSI Iraq, the company’s new container terminals in Manzanillo, Mexico, Puerto Cortes, Honduras, and Umm Qasr, Iraq, respectively, the positive impact of the consolidation of terminal operations at the Port of Yantai in Yantai, China from July 2014 and the 20 percent volume growth in the Baltic Container Terminal (BCT) in Gdynia, Poland.

Excluding the volume from the three new terminals, ICTSI said organic volume would have increased by slightly more than 2 percent. The company’s seven key terminal operations in Manila, Brazil, Poland, Madagascar, China, Ecuador and Pakistan, which grew by five percent, accounted for 70 percent of the Group’s consolidated volume in 2014, it said.

$530-M capex in 2015
All three geographical segments reported double-digit growth in gross revenues, with the Americas posting growth of 40 percent and Asia and EMEA (Europe, the Middle East and Africa) each posting strong 16 percent increases.

The company’s consolidated EBITDA for 2014 increased 17 percent to $443 million from $377.3 million in 2013 due mainly to the contribution from the new terminals in Honduras and Mexico, and the positive impact of the consolidation of operations at Yantai port.

Excluding the contributions of the new terminals, consolidated EBITDA would have increased 5 percent.

The capital expenditure budget for 2015 is approximately $530 million mainly allocated for the completion of development at the company’s new container terminals in Mexico and the Democratic Republic of Congo, capacity expansion in its terminal operation in Manila, and to start the development of the new terminals in Iraq and Australia.

The company said that with regard to its joint venture container terminal development project with PSA International Pte Ltd. (PSA) in Buenaventura, Colombia, the company invested $64.7 million in 2014 and expects to invest approximately $140 million in 2015 to complete phase one of the project.

ICTSI is widely acknowledged to be a leading global developer, manager and operator of container terminals in the 50,000 to 2.5 million TEU/year range. It has an experience record that spans six continents and continues to pursue container terminal opportunities around the world.