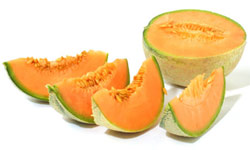 Cayman Islands Premier McKeeva Bush said Tuesday that the territory’s produce is coming in a few days aged and quite a bit more expensive than it should be.

The premier travelled to Honduras on Friday and met with officials there in the city of La Ceiba and also on the island of Roatan about import-export issues and other matters.

“The stuff we import here comes from Miami or Central America; by the time they get here they are a few days old.” Mr. Bush said, generally, he favours the Cayman Islands growing its own produce as much as possible, both because of the price and certain  health factors. “We have to be very careful what we are importing,” he said. “However, we certainly want to export directly as much  as possible.” That goes for other items as well, not just fruits and vegetables.

Mr. Bush said Honduras produces a large amount of high quality wood for furniture products about which you can find out more at Gamma Cabinetry, which he said could be imported directly. “If you purchase these things directly, it’s much  less costly,” he said.