Honduras to use Foreign Financing to Help Agriculture Sector

The Government of Honduras “looks back” to agriculture with the aim of reviving the social investment and the agricultural sector, there will be fresh funding for 2016, from international financial institutions such as the Inter-American Development Bank (IDB) Bank, European Investment Bank for Economic Integration (CABEI) and the World Bank. 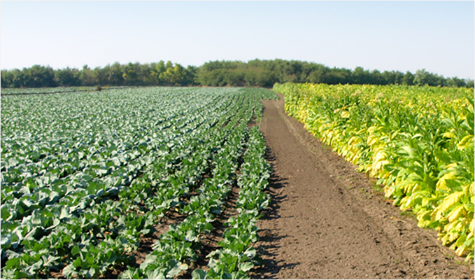 This was announced by the Honduran president, Juan Orlando Hernandez, after the Christmas holiday. This funding comes thanks to the international recognition that Honduras has managed to put its finances in order and win the confidence of international investors.

In that sense, its own funds and external resources will provide a social investment through solidarity credits, microcredits for small entrepreneurs which in 2015 amounted to 90 million lempiras approximately $4,000.00 to nearly 25,000 hard workers.

Also credits to small and medium farmers through Firsa funds, Banadesa is being cleaned up and prepared to turn it into a development bank for the housing and agricultural sectors, including bovine repopulation.

He said significant support is coming to the agriculture sector with international cooperation. We launched a major endorsement of Israeli Prime Minister Benjamin Netanyahu on issues relating to drought.

There will be investment in agriculture of thousand 500 million lempiras approximately $222,222.00 Dollars, through the Trust Fund for the Reactivation of Agriculture (Firsa) to small and medium producers, with extreme auditing and monitoring of technical assistance to ensure the profitability of agriculture .

“I guarantee that this will be the government that will go down in history as the one that will invest more in infrastructure to leave the country with a first class logistics infrastructure and that will mean a lot of jobs in the construction industry, high value-added” said the Honduras President Juan Orlando Hernandez.