Honduras vs. Mexico U17 Soccer Match

With ticket in hand for the UAE World Cup, Honduras tried to go further in the FIFA Americas Under-17 in Panama.  Once again, however, Honduras encountered Mexico along the way, losing 3-1 against them on April 17, 2013, but will still be competing at the FIFA U-17 World Cup UAE for the bronze medal. 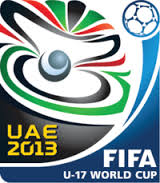 The Mexicans dominated in the soccer match, with better ball control and attacking on all sides, although the Honduran goalkeeper shined with a lot of great goal saves. Honduras was not far behind, although to a lesser extent, they still produced a lot of good plays.

The story of this match begins at minute 42, where Tovar scored the first goal for Mexico; Honduras had not time to register the shock, when a minute later Wubias scored the second goal.

With just six minutes left, Mexico managed to get their final goal in. Honduras scored their only goal in overtime, where Christian Elis shot the ball to the net and the game reached its conclusion.

Honduras will play against Canada (who lost against Panama), on Friday, April 19th for the bronze medal.