The Confederation of North, Central American and Caribbean Association Football (CONCACAF) has announced that Enrique Sanz will assume the role of Secretary General beginning on July 25, 2012. Sanz will be replacing the Interim Secretary General, American Ted Howard, who will return to the post of CONCACAF’s deputy general secretary, who held the position since January, after the General Secretary Chuck Blazer submitted his resignation.

CONCACAF President Jeffrey Webb made the appointment, which was approved unanimously by the CONCACAF Executive Committee.

“Sanz will have a key role in the administration of CONCACAF. I have no doubt that we have found a professional with integrity and competence to work our way toward reform,” said Webb, who recently organized three new committees focused on integrity, audit and compliance, and ethics. 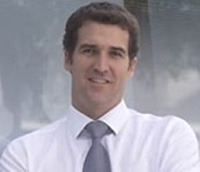 Born in Colombia, Sanz has worked in the football world for the past 15 years. Sanz, 38, will leave his current job as Vice President of Traffic Sports USA, a soccer event management company in the Americas, where he has led his office in the CONCACAF region since 2005. During this time, Sanz was part of the team that created the NASL (North American Soccer League) in the United States. He also worked on a team that founded several football clubs and played a key role in player development in the region.

“I am honored to be appointed Secretary General,” said Sanz. “Although there will be challenges, I anticipate a new era for the confederation.”