News from Honduras · Sports in Honduras 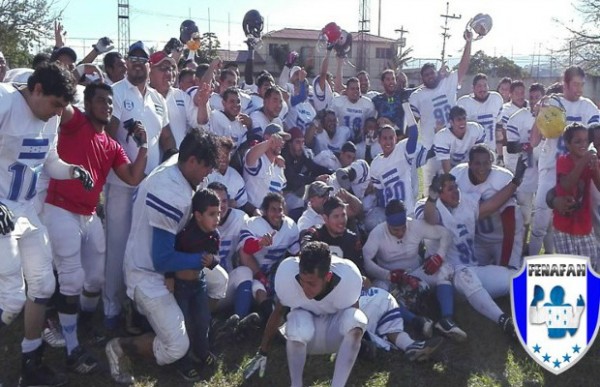 This recent win for Honduras marks their third 4 Nations championship. They also won in El Salvador 2013 and in Honduras 2014 but those two previous tournaments were not IFAF sanctioned.

“It was a very competitive tournament. The 4 National Teams have a good football level.”

Guerreros of Nicaragua Team boasted a roster of 25 players. Unfortunately the Guerreros lost both games. The first loss was against (FENAFAH) Honduras National Team 22-0 and the second loss was against (SAAIF) El Salvador Big Blue Team 38-0 in the game for 3rd and 4th place.

“The experience was good for a lot of the players. Most of them don’t have experience. Our team is young.”

(SAAIF) El Salvador Big Blue Team lost their opening game of the tournament against (AGFA) Guatemala Tigres Team 14-2. However the real challenge came for the Tigres in an OT showdown against (FENAFAH) Honduras National Team vying for the 2015 championship. The reigning 4 Nations champions prevailed once again by knocking out the Tigres 12-6.

Nicaragua’s Pinoleras Team consisting of only 7 players lost 18-6 in the debut game of the tournament against (SAAIF) El Salvador Liberty Hawks Team. The Pinoleras then lost against(FENAFAH) Honduras National Team 34-0 in the game for 3rd and 4th place.

Noteworthy to mention is (FENAFAH) Honduras National Team first game of the tournament came up short by only 1 point against (AGFA) Guatemala Cobras Team. This gave the Cobras their first win 13-12.

The 2015 championship game between (AGFA) Guatemala Cobras Team and (SAAIF) Liberty Hawks Team resulted in a strong shut out win for the Cobras 38-0. 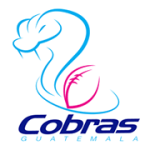 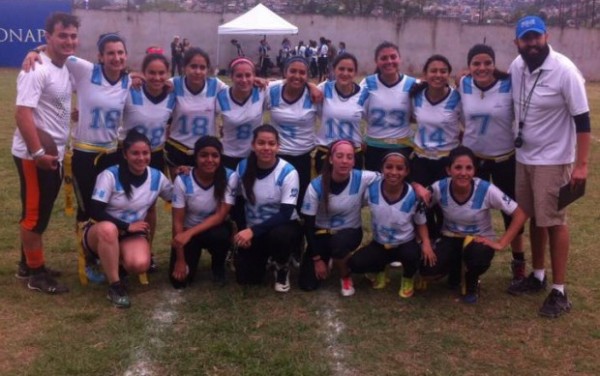 Along with the great collaboration and sportsmanship the countries showed one another, the weekend was highlighted with a Coaches Clinic offered by HC U-19 Paul Vincent Miraval of France.

The tournament was officiated by international referees:

Honduras has a strong history of American football in the region. The sport was introduced to Juan Raskoff, President of FENAFAH and other curious Hondurans in 2001 by two marines from theUSA Embassy. The marines taught them the basics of the sport.

Over the following years American football in Honduras has garnered players and fans. Although in recent years the sport has experienced a growth spurt and this year the FENAFAH hosted its VIII National Championship with 8 teams under its banner in the cities of Tegucigalpa andComayaguela.

FENAFAH has already undertaken the initiative to develop new teams in the cities of Ceiba, Choluteca and San Pedro Sula.

Juan Raskoff, President of FENAFAH has been involved in a directive position with the American football in Honduras for more than nine years and president of the federation for the past five years.

Learn more about the Honduran league and teams by clicking on their Facebook profile names listed below and connecting with them.

Ms Elle has a career in corporate communication and branding, spanning four continents over 25 years, with recent years pursuing sports marketing and media. She is currently living in Costa Rica and assists with the promotion of American football in Central America. She is a die hard fan of the sport! http://www.AmericanFootballCA.com