In Honduras there exists a problem of internal and external displacement through threats, intimidation, extortion, rape (of women and children) and an atmosphere of fear and insecurity due to gang activity alerts the Special Rapporteur of the U.N.’s commission of human rights. 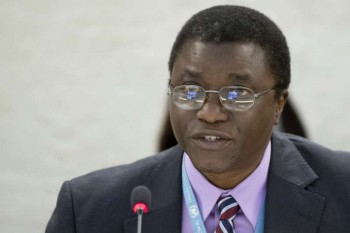 “Although the causes can be very different from those that occur because of conflicts and natural disasters in other countries, the impact on the lives of the affected is no less catastrophic.” Reads a report made public on Friday by Chaloca Beyani after a visit to Honduras, which has some 8 million inhabitants.

Beyani says through a statistic by the Honduran government that the number of internally displaced individuals is roughly 170,000 “It is important to note that the real number might be much higher.” before the “lack of comprehensive data, including the location of the displaced population, their needs, and problems concerning how to protect them.”

“The measurements from the government are still in panels.” Added the Rapporteur.

Beyani signaled that in addition to this displacement, gangs have basically taken control of some neighborhoods in Tegucigalpa and San Pedro Sula, the second most populated city in the country. Beyani continues by stating that the gangs operate with “nearly complete impunity.” and that the Honduran model of justice isn’t completed it’s signaled goal.

According to the public prosecution the rate of impunity surpasses 90% of committed crimes.

According to data from the U.N., Honduras since 2010 has registered the highest homicide rates in the world of existing registers, somewhere between 65-91 homicides for each 100,000 citizens, statistics that are only surpassed by countries in active war-zones. It’s the 2nd poorest country in this hemisphere, surpassed by Haiti.

The report also denounces that adolescences might be pressured or recruited too join gangs within schools, and that they’ll be used to strengthen the trafficking of drugs and arms.

“The only option to escape the influence of gangs and criminality is to leave your homes.” Describes Beyani.

The panorama that Beyani shows is depressing. According to the report, there are plenty of times when victims of gangs don’t work with police due to legitimate fear of gangs and the connections they have with police and that in denouncing the crimes they put themselves at risk.

The gangs fight for control of turf to continue to engage in illegal activites like extorting businesses and drug trafficking. They began to grow in Central America in the 1990s when the U.S. decided to deport young undocumented people from the U.S.A. to their places of origin, who had learned illegal practices and techniques in the U.S.A., especially from Los Angeles. The trafficking of drugs they support ends in the U.S.A., principally.

In the past years, hundreds of thousands of Hondurans have tried to immigrate to the U.S.A., without proper documentation, fleeing violence and in search of opportunities which they don’t have in Honduras. Many are stopped at the frontier, and deported. But in those cases the rapporteur signaled that the idea every immigrant is fleeing for economic reasons is overly used by authorities, and that authorities do not take into account circumstances of threats, terror, and the lack of options those who face internal displacement have.

*This is a translation of an article posted yesterday on Yahoo News in Spanish. The original article can be found at https://es-us.noticias.yahoo.com/relator-onu-se-ala-problema-desplazados-en-honduras-000251601.html?.gg_invalid=true if you have any questions, please feel free to post them on the comments section or reach out to the author!*