The Technology University of Honduras is busy preparing for its annual set of job-fairs. Seniors throughout the university’s multiple campuses are preparing themselves to graduate, but as they prepare to enter the work force they are being granted a slight chance to find jobs and are being given a tiny break wherein they can relax. 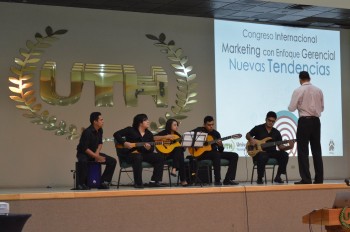 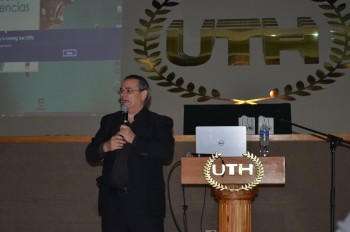 Also from the congress, photo of one of the speakers.

Each year UTH prepares a set of job fairs for campuses throughout the country. This year is no exception and the students are undoubtedly at least a bit excited about this situation as they prepare to leave college and or high school behind. This is designed to help students find work right after college and high-school as they ready themselves for the real world. In order to demonstrate the significance of these job fairs, estimates currently indicate that some 3,000 students will benefit from this, and that is a solid boost to Honduras’s work-force. These job fairs aren’t just for UTH students, but also for students from other schools and colleges, both public ones and private ones. Students aren’t the only people invited either, residents of the cities where the fairs occur can also come and see the representatives that have come to the campuses in order to recruit amazing talents for their companies.

Some 35 separate businesses have confirmed that they’ll be attending and they are more than just call-centers representing a wide variety of jobs from all over the nation. Other campuses that have begun preparing for the job fairs are: Tegucigalpa, La Ceiba, and El Progreso, according to Golda Sanchez of the director of Public Relations for the university.

These events which empower students and assist them with transitioning into regular life, beyond being a student are the sort of tasks which will help Hondurans in the long run. These types of events need to be regular occurrence, in order to help end unemployment and to help move the economy forward. As more than 3,000 young people, fresh faces with a wide range of talents and skills prepare themselves, the Honduran economy must also prepare itself and this is a way the business sector is actually strongly helping people nationwide. The Technology University is providing a great example for businesses, universities, and groups throughout the country and it’d be great to see job fairs becoming a monthly occurrence designed to help men and women who want to overcome unemployment, poverty, and who want to financially empower themselves. 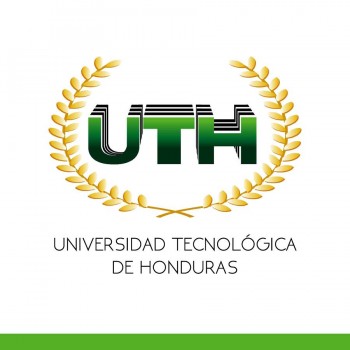 UTH’s official logo, from their social media profiles and website.