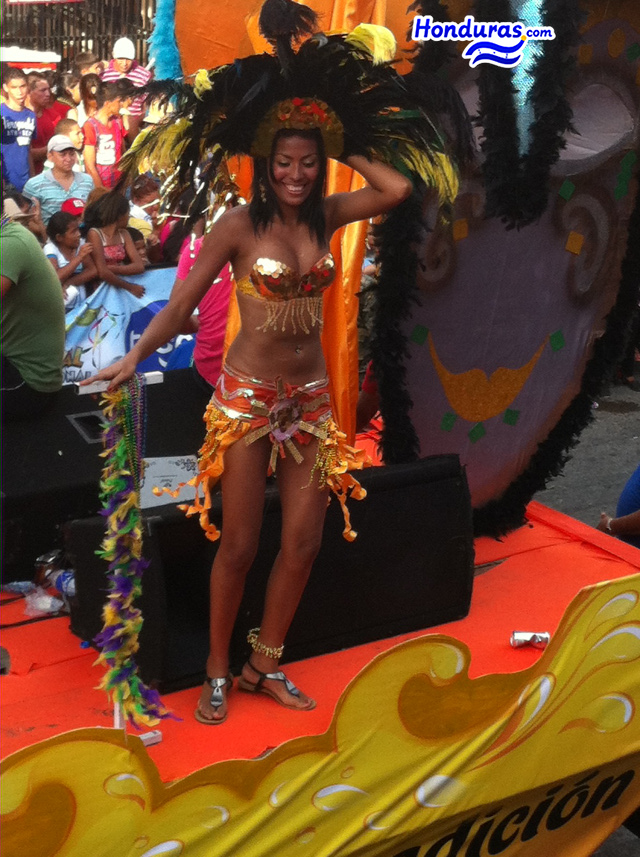 Close to 250,000 international and national tourists enjoyed the finale of the Grand International La Ceiba Carnival (2013) in Honduras this past weekend, which culminated with the fair on San Isidro, a parade of floats, and an energetic evening performance by Elvis Crespo.

From very the early hours, people packed San Isidro Avenue to wait for the traditional parade, an event that was filled with beauty, color, dance, and flamboyant carnival costumes.

Local musical groups performed for the crowds at the La Ceiba Carnival beginning at 8 pm and lasting until dawn along the avenue. Puerto Rican singer Elvis Crespo came on about 10 pm, full of energy, and had the audience dancing in no time with catchy merengue tunes.

This was the 41st Grand International Carnival of La Ceiba and parade of floats.

32 floats were paraded  by local and foreign nationals on Saturday, in the closure of the “Feria Isidra”, while the La Ceiba Carnival revelers continued celebrating well into the morning hours on Sunday.