Since 2009, the FBI and the U.S. Department of State have sponsored the Central American Law Enforcement Exchange (CALEE), which brings Central American police officers and prosecutors together with law enforcement personnel from U.S. cities where violent gangs like MS-13 and 18th Street operate. In this series, FBI.gov looks at how cooperative efforts arre yielding mutual benefits in the fight against transnational gangs.

The town of Sonsonate, not far from the Pacific Ocean in western El Salvador, is home to a prison housing more than 800 inmates. Like many of the prisons in this Central American country, Centro Penal De Sonsonate incarcerates only gang members—and, by definition, each one is a killer. 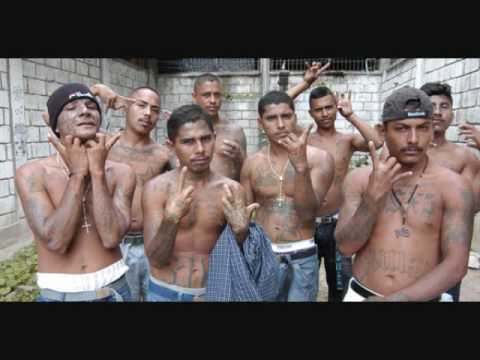 La Mara Salvatrucha, or MS-13, and the 18th Street gang require their mostly teenage recruits to undergo at least two years of initiation before becoming full-fledged gang members. One of the final tests for membership is to commit murder.

“That is certain, you have to kill,” said Special Agent Julian Igualada, who is part of an FBI team that works in El Salvador with local law enforcement and the government to fight the transnational gang threat, because what happens there—and elsewhere in Central America—has a significant impact on the safety of U.S. citizens at home and abroad. Gang leaders in El Salvador routinely order their subordinates to commit crimes, including murder, on U.S. soil—and many times these orders are issued from behind bars.

A look inside efforts in the U.S. and Central America to fight transnational gangs. – Video

“El Salvador has become the epicenter of gang violence in Central America and represents the largest connection to gang crime in the U.S.,” said Special Agent Grant Mann, who works in the Safe Streets and Gang Unit at FBI Headquarters in Washington and helps U.S. and Central American law enforcement agencies forge partnerships in the battle against transnational gangs.

“The gangs respect no borders, so law enforcement must respond in kind by working together,” Mann said. His unit recently sponsored a Central American Law Enforcement Exchange (CALEE) that brought Central American police officers and prosecutors together with local law enforcement personnel from American cities where MS-13 and 18th Street operate. It was the sixth such exchange the FBI has sponsored jointly with the U.S. Department of State since 2009. The goal of CALEE is to have participants share intelligence about the gangs as well as best practices.

The MS-13 and 18th Street gangs have become so bloodthirsty in El Salvador that the government has declared them terrorist organizations. The gangs are responsible for bringing the murder rate to a level last seen during the 1979-1992 civil war.

Last year during the month of August, there were 907 murders in El Salvador, a small country roughly the size of Massachusetts. By comparison, Chicago—known for its gang violence—recorded 411 murders during the entire year in 2014, according to the FBI’s Uniform Crime Report. In 2015 in El Salvador, 55 police officers were assassinated by the gangs, along with 18 military officers, six corrections officers, one prosecutor, and one judge.

“In El Salvador now, we have a murder rate of 25 per day, and 80 percent is gang related,” Igualada said. “Many of the gang members committing these homicides are 13-, 14-, and 15-year-olds,” he explained, “and every day there are new members coming in.”

“We aren’t facing a group of youths who are rebelling, but a very structured organization conducting criminal activities,” said Luis Martinez, El Salvador’s attorney general and the country’s highest ranking law enforcement officer. “They are using military-grade weapons, and they are using them against the police, military, and prosecutors.”

MS-13 and 18th Street gang members have gained a foothold in numerous U.S. cities, including Los Angeles, Boston, Houston, Charlotte, Newark, and the Northern Virginia suburbs of Washington, D.C. They commit a variety of crimes—mainly trafficking drugs and extorting individuals and business owners—and they maintain strong ties to Central America.

“For the gangs, loyalty is key,” Igualada added. “Once you come into the gang, you don’t have a family anymore. The gang is your family. And when you get in, with few exceptions, you get in for life. And it’s a life of crime and violence.”