The current ambassador to the U.N. is Lizzy Flores. Lizzy Flores is the daughter of the ex-president, Carlos Flores. Flores herself is aligned with the Liberal Party, as her father was.

Flores has been vague concerning her political ambitions, but that vagueness may soon come to an end, as she recently posted an interesting status to her Facebook. La Prensa reported on this status, which is dated to have occurred on the 8th of November, earlier this week. 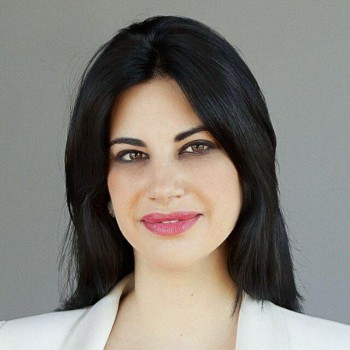 In it Flores asked to be given the opportunity to work with the people of Honduras, too reconcile the Honduran people, and to renew liberalism at home and abroad. She also states that we are the authors of our own destinies, and that we can contribute ourselves and our potential to the creation of free-spaces where future generations have the power to make their dreams a reality. She asks that we be individuals who speak and follow through, and that we construct the points and foundations necessary so that the people who will inherit this country will be capable of reaching prosperity.

Where is Carlos Flores? Well Flores, just two days ago met with officials from the Universal Peace Foundation, Mario Salinas (president of the Honduran chapter) and Carol Pobanz (a representative of the group from the U.S.A.). Flores was vital to them beginning their activity in Honduras in 1999 (when the organization was still two separate groups that would fuse in 2005), following Hurricane Mitch.

Photo of Salinas and Carol, from the La Tribuna article.

*This post is possible because of sources from Official Facebook accounts, and articles from La Prensa and La Tribuna. If you want to know more, please comment down below.*