“The (mission) is an unprecedented initiative aimed at producing structural reform in the administration of Honduran justice,” 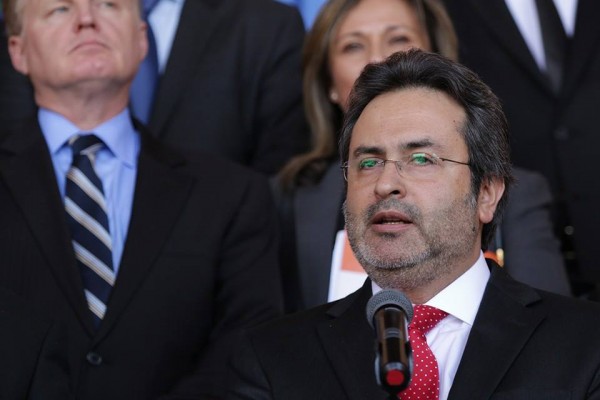 stated Juan Jimenez former Peruvian justice minister, who will serve as the leader and spokesman . He said $22 billion or 2 percent of Honduras’ gross domestic product is lost to corruption every year. 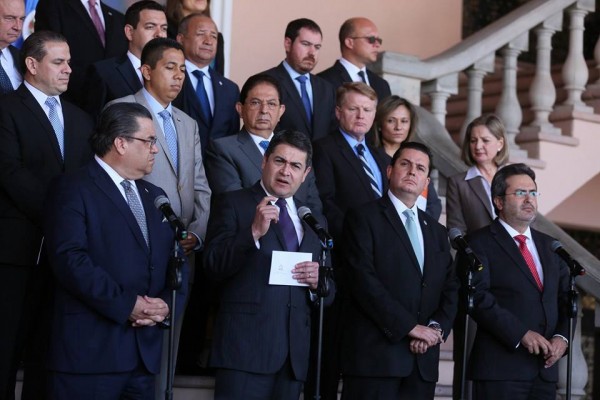 President Juan Orlando Hernández stated: “The MACCIH will put at our disposal the experience of the world about the rules, standards, laws have been effective in combating corruption and impunity in countries that have done better than us and will. our Congress who analyze them, and who perfected the Honduran legal instruments to achieve this. “
Photo Courtesy: Honduras Presidential Palace 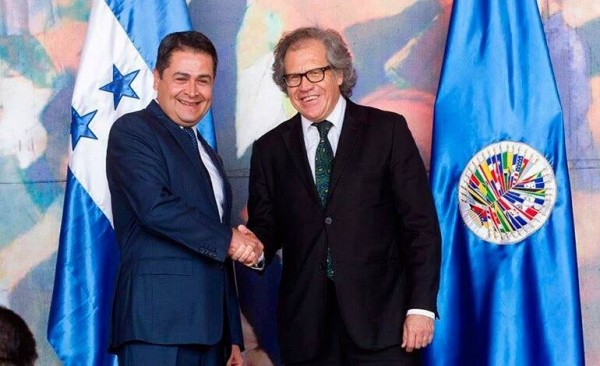 In January, Honduran President Juan Orlando Hernandez signed the agreement allowing creation of the Organization of American States mission. It is made up of 30 foreign investigators, judges and prosecutors as well as Honduran counterparts. 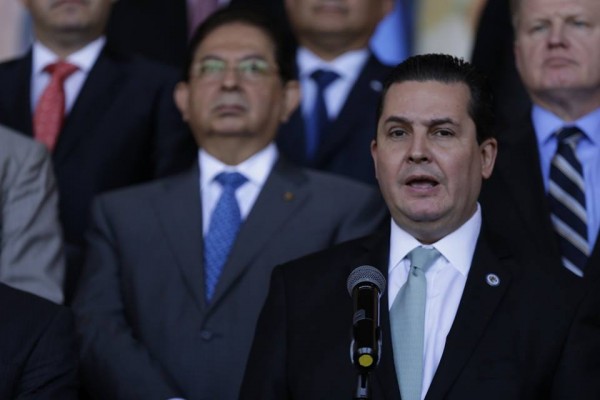 Organization of American States “OAS” Secretary General Luis Almagro of Uruguay said in a statement that in seven years Honduras could be self-sufficient in handling its own corruption cases.

The mission followed months of street protests after a big scandal in the Honduran social security system. Protesters had wanted a United Nations investigatory body like the one set up in Guatemala, but Hernandez agreed to the OAS body. 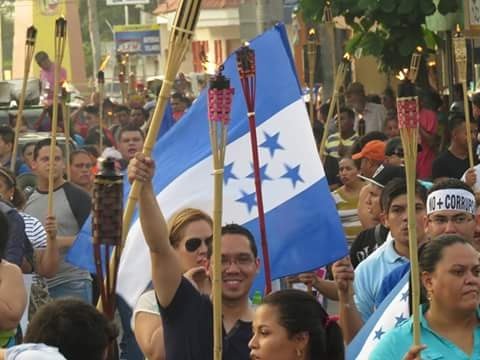 The leader of Honduras’ indignant movement, Ariel Varela leads protest in the vicinity of the presidential palace in Tegucigalpa on June 23, 2015. Varela and three other members of the movement are went on a hunger strike demanding the installation in the country of the International Commission Against Impunity in Honduras (CICIH) and the resignation of President Juan Orlando Hernandez.

Ariel Varela, leader of the so-called Indignant Opposition, which led the protests, said the mission is not what they demanded.

“But it is an achievement of the people in the streets and it is what we have,”

he said. Although he and many Honduran citizens believe this whole process is yet another “political stunt” by President Juan Orlando Hernandez as he begins to put in motion a plan for reelection.

The U.N. body in neighboring Guatemala has produced stunning results, including the resignations and arrests of the president and vice-president.

The Honduran mission will choose which cases it investigates, but has let it be known there are 13, including the IHSS (social security) scandal. In that case, some $300 million US Dollars allegedly was funneled out of the system.