The National Investigation and Intelligence Directorate of Honduras (La Dirección Nacional de Investigación e Inteligencia del Estado) in conjunction with the National Anti-Extortion Force (Fuerza Nacional Antiextorsión – FNA), arrested a citizen who is presumed responsible for conducting a negative campaign against several banks in the financial system, through the use of social networks. 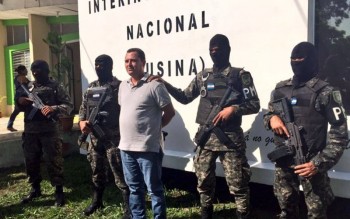 Arrested for providing false information claiming the collapse of banks through corruption and money laundering.

The accused was identified as Elvin Francisco Molina (33), a former employee of Banco Continental, and was located in the neighborhood of Planes de Calpules in San Pedro Sula, before being arrested by members of the National Anti-Extortion Force and members of The National Interagency Security Force (La Fuerza de Seguridad Interinstitucional Nacional – FUSINA).

FUSINA reported that the investigation found that Molina sent messages through social networks and forums, announcing the impending collapse of banks throughout in the financial sector of Honduras due to their involvement in corruption and money laundering. He was arrested for the crime of undermining the National Financial System.

The accused will be presented to the courts for the offense of false reporting on the financial situation of supervised institutions, a crime that the government claims is linked to Article 394 of the Penal Code. If found guilty, Molina could serve a sentence of 3-6 years in prison, and be fined 20,000 to 50,000 lempiras.

The National Banking and Insurance Commission (La Comisión Nacional de Bancos y Seguros – CNBS) denies all rumors circulating in media and social networks in relation to the National Finance System (Sistema Financiero Nacional – SFN) institutions, and reports that there is currently no administrative proceedings affecting the development of the operations of banks. CNBS issued a statement in which it warned that “disseminating and publishing false or inaccurate information of banking institutions undermining the stability of the financial system and the national economy is a financial crime which is punishable under the Penal Code.” 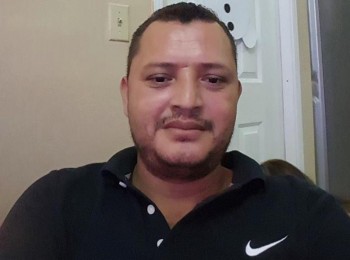 The CNBS had said that there were problems in the financial system before the forced liquidation of Banco Continental.

Official sources reported that after his arrest, a search was performed of Francisco Molina’s cell phone, where they found that he had sent information to social networks to the detriment of financial institutions.

Advocators for the accused claim the charges against him amount to a clear violation of freedom of expression. They say Elvin Francisco Molina was not conspiring against the financial system, but rather organizing workers of Continental Foods (Alimentos Continental) to demand payment of their benefits. It was confirmed that Molina recently participated in the mobilization of the “Outraged” of San Pedro Sula, in which the Administrative Office of Seizures (Oficina Administradora de Bienes Incautados – OABI) was sued for payment of labor for former employees of Continental Foods. Authorities pledged to do so in three payments, but that disbursement has not yet been fulfilled.