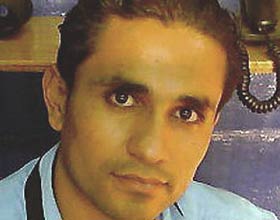 The Associate Producer of Maya TV and anchor of the entertainment program “El Tecolote”, Leonel Alexander Valladares (28), was shot and killed at 10 am this morning, after leaving work. His two assistants, Marco Adrain Gutierre (27) and Renan Valladares (46) were also killed, and his girlfriend, Nelly Jorleny Pavón, was injured by several bullets in the same attack, and immediately transferred to the school hospital.

According to witnessess at the time of the attack, Valladares covered his girlfriend, Nelly YorlenyPavón with with his body in order to to prevent her death.

National Directorate of Criminal investigation agents questioning Ms. Pavón in the emergency room, learned that they were travelling in the back seat of a car when assailants, who had covered faces, shot at them from a yellow Toyota Corolla. Ms. Pavón underwent surgery to remove the bullet shells embedded in her legs.