Mexican President signed a series of regional agreements with the leaders of Guatemala and Honduras.

MEXICO CITY – Mexican President Enrique Pena Nieto has signed a series of regional agreements with the leaders of Guatemala and Honduras, which stipulate a commitment to the construction of a regional gas pipeline. 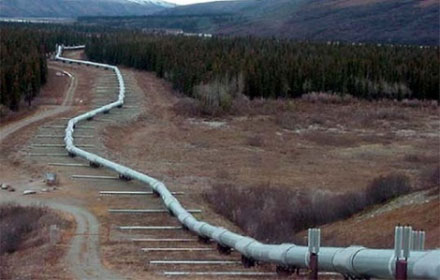 “To push forward development in Guatemala and Central America, there needs to be the identification, definition and advancement in making concrete a project that would mean transporting gas from Mexico for the whole region,” Pena Nieto said on Friday.

The announcement was made after Pena Nieto’s meeting with Guatemalan President Otto Perez Molina and President of Honduras Juan Orlando Hernandez Alvarado, however, no details were given on the pipeline project and the date of the start of the construction remains unknown.Mexico’s presidential office has estimated that the project will cost at least $530 million. The new gas pipeline is expected to link Mexico’s port city of Salina Cruz with Guatemala’s Escuintla. The pipeline will stretch across 420 kilometres (261 miles) in Mexico, while its length in Guatemala will be around 180 kilometres (112 miles).

Russian energy giant Gazprom, as well as US, Spanish and Chinese companies are reportedly among the contenders for the construction of the new gas pipeline.

Mexico opened its nationalized oil and gas reserves to private companies in August, 2014, when Pena Nieto signed a relevant energy reform into law.