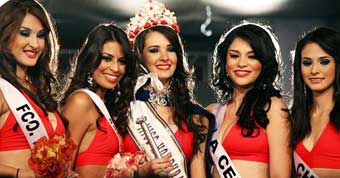 Grace, beauty and elegance were among the attributes which convinced the judges to award 18 year-old Miss Copan the title of Miss Honduras World.

Miss Valle studies medicine at the National Autonomous University of Honduras in the Sula Valley and intends to become a pediatrician. Her grandparents are from Copan. 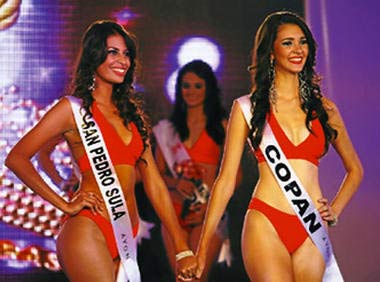 Miss San Pedro Sula just graduated on Saturday as a Tourism Professional in Miami from the university, and manages a Giorgio Armani designer store there. Miss Coto speaks several languages, and will travel to the “Miss Supranational” in Poland as a Honduran delegate.

The pageant took place at the College of Civil Engineers auditorium in San Pedro Sula, Honduras. 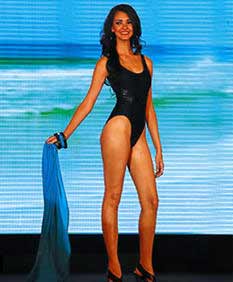 Jennifer (Jenny) Valle will be representing Honduras in the Miss World 2012 pageant, in Ordos, Inner Mongolia, China, on August 18, 2012. Miss Copan has never traveled outside of Honduras before. Although Honduras has been represented in the Miss World pageant since 1955, the country has never had a semi-finalist in the pageant – Miss Copan is aspiring to break that trend.

This is the second time in the history of the Miss Honduras contest that a representative of Copan has earned the title of Miss World Honduras. In 1997, Hansel Caceres also achieved this distinction.