The special rapporteur to the UN on the affairs of Indigenous groups, Victoria Tauli-Corpuz met with a member of the National Commission of Human Rights, Linda Rivera, to learn and discuss the ongoing situations facing Indigenous Hondurans, related to violence and access to justice.

Tauli-Corpuz, who began an official visit to Honduras on the 2nd and is scheduled to leave on the 10th, is an independent expert asked by the council of human rights to supervise, inform, and advise when it comes to indigenous rights and the situations that indigenous groups face world-wide.

During these 9 days, the rapporteur has met with various state officials, and has visited indigenous communities with the express purpose of learning about the problems they face, specifically about land rights, violence, and access to justice.

In a substantive interview with Linda Rivera, Tauli-Corpuz expressed her concern about crimes against indigenous leaders and the impunity the individuals responsible for those crimes seemed to possess. 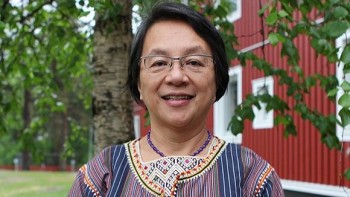 Rivera explained that Conadeh has been following a developing situation in la Mosquitia concerning Nicaraguans who are in Honduran territory, claiming that they have suffered prosecution in their homes.

“Our mission is to support them and assist however we can so they can gain the physical integrity to return home without any risks.” She expressed.

Rivera also informed the U.N. expert that the crimes against Indigenous leaders is something Conadeh is trying to investigate, and that there are orders to detain those who are they believe are guilty of killing members of the Tolupan tribe.

Additionally there are precautionary measures that are supposed to be done by the government, that have been emitted by the Inter-American Commission of Human Rights for Indigenous Leaders, which have yet to be met by the government.

The Commission’s representative told Corpuz that Conadeh is asking the head of the secretary of security to execute capture orders that were part of the precautionary measures that the CIDH (Inter-American Commission of Human Rights) issued.

“We are working to guarantee the Indigenous communities feel that they have their rights, and above all to make sure that they have equal access to justice and that the crimes committed against them do not stay unpunished.” Said Rivera. 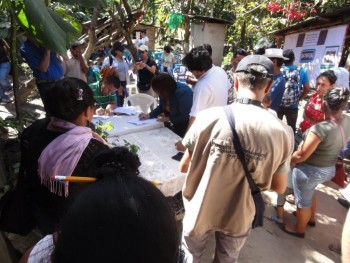 A photo taken at a planning meeting for how Indigenous Tolupanes planned to return to their homes in San Francisco de Locomapa, Yoro in 2014.

25th of August 2013: 3 Tolupanes were shot and killed in the same community. The victims were Maria Matute, Armando Medina, and Ricardo Funez.

In 2016 the expert will be presenting a report to the U.N.’s human rights council, with her conclusions and recommendations upon the situation, and what she saw and learned during her mission.

*This is a translation of a news article posted yesterday by the National Commission of Human Rights, entitled “Conadeh informs expert working with U.N. about the situations affecting Indigenous Communities”. For more information leave a comment down below.*