Thousands of Hondurans enjoyed a magnificent celebration as part of the “Navidad Catracha – Catracha Christmas”, held at one of the best places in Tegucigalpa, the Basilica of Suyapa on Friday night. 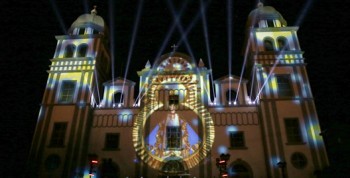 “It’s good to know we are enjoying a special time in the country, and what better than this show as a unique gift for the Honduran people,” said the President Juan Orlando Hernandez.

Artists like Guillermo Anderson, Pilo Tejeda, Moisés Canelo and Shirley Paz, along with the “Orquesta Filarmónica” (Philharmonic Orchestra of Peace) appeared on the main stage to perform traditional Christmas songs.

The spectacular light show illuminated the Suyapa Sanctuary, and fireworks lit up the whole area. 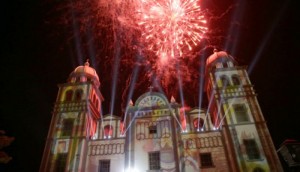 The event was part of the festivities for Navidad Catracha, organized at the initiative of the Honduran government, and, among other things, included the preparation of the largest human Christmas tree in the world (certified by the Guinness World Record Organization).

More than twenty areas in the capital city have been fully illuminated as part of the Christmas celebrations.